Darren Michael Prince is a sports and celebrity agent who grew up in Livingston, New Jersey. Prince started a mail order company selling baseball cards at the age of 14 called Baseball Card City and also traveled around the country doing trade shows. At the age of 20 he sold his company for $1.0M and formed Prince of Cards which became an industry leader in private autograph signings for sports and celebrity memorabilia with athletes and celebrities. A-List celebrities like Muhammad Ali, Magic Johnson, Pele, Joe Montana, Smokin’ Joe Frazier, Dennis Rodman, Hulk Hogan, Pamela Anderson, Carmen Electra and Jenny McCarthy all worked with Prince.

In 1998 Prince sold his memorabilia company Prince of Cards for an undisclosed amount.

If you ask Prince his biggest and most important accomplishment he would tell you is being a recovering addict having celebrated nine years sober and is a public recovery advocate and speaker who has appeared on Dr OZ. He was an invited guest by President Trump's administration to the White House for the Opiate Epidemic Summit on March 1, 2018. Darren has been a board member and has assisted in fundraising for NJ’s largest and oldest drug and alcohol rehab center Turning Point in Patterson, NJ. His clients Magic Johnson, Dennis Rodman, Micky Ward, Vince Neil, Chris Herren and the Late Smokin Joe Frazier have all attended Turning Points annual Gala, helping to raise hundreds of thousands of dollars to help people in need get treatment and save lives. Prince himself was the honoree for Turning Points Hope and Recovery Gala in October of 2017.

In 2018 Darren Prince released his memoir, Aiming High. Aiming quickly became an International best seller in four countries and on October 6, 2018 made it to Amazon #1 new release list. Soon there after Darren became a representative for Banyan Rehab Treatment Centers. On October 24, 2018 Darren was one of 225 invited guests to the White House for the historic signing by President Trump of the $6B bill to help fight the opiate epidemic. Currently Darren is a highly sought after keynote speaker often speaking to students in high schools about avoiding the pitfalls of addiction and learning to feel comfortable in your own skin and hanging with the right crowd In his presentations Darren talks about his secret hell of a 23 year plus opiate addiction while representing some of the most Iconic figures of our time. 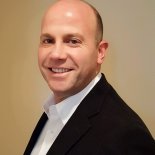 When Darren Prince was just 14 years old, he started what would become a multi-million dollar baseball card company.

By the time he was 25, he was doing deals with Magic Johnson, Pamela Anderson, Smokin’ Joe Frazier, Chevy Chase, and Muhammad Ali. A few years later, he launched his own marketing company, representing the biggest names in the world... while at the same time nearly dying from drug addiction.

After a drug overdose, many demoralizing nights, and mornings where he couldn’t get out of bed without a prescription in hand, Darren hit bottom.

Now, he's helping others overcome their addictions and has become an incredible influence. On October 24, 2018 Darren was one of 225 invited guests to the White House for the historic signing by President Trump of the six billion dollar bill to help fight the opiate epidemic.

Listen as Darren joins Dr. Bond to discuss his personal journey through addiction and how his efforts are making vast improvements in others' lives.
Tagged under

More from this show . . .
Prev
Next
EP 64 - Trickle-Down Stress: How Your Lifestyle Impacts Your KidsEP 66 - Medication Mistakes You Don’t Want To Make