Heartburn occurs when your esophageal sphincter is weakened and allows stomach acid to flow backwards up into your esophagus, which can cause extreme discomfort behind your breastbone and inside your throat.

Every day on TV and via other media outlets, you might be barraged with advertisements about heartburn and acid reflux that tell you stomach acid is the culprit causing your pain. The misleading ads also say that if you take the patent medicine recommended in the commercial, your stomach problems will disappear.

But is the level of acid in your stomach the main reason for your heartburn?

Sometimes, the amount of acid you have in your stomach can impact heartburn. However, heartburn can also come on because you have acid in the wrong parts of your body.

For example, if you're drinking a sugary soda or a citrus drink (think lemon or orange), that could disrupt the pepsin (a digestive enzyme in your stomach that degrades your food and drink into peptides) and cause a burn in your throat, esophagus, sinuses, and your chest.

What are some ways you can limit acid from going to the wrong parts of your body?

If you're prone to heartburn, you may want to substitute certain sauces or vinegars for apple cider vinegar. Apple cider vinegar has been used as a natural remedy for acid reflux for years because it helps balance the acid levels in your stomach. Another way to help reduce heartburn is by changing to a low acid and high fiber diet.

What else can you do to help reduce acid going in the wrong places?

Dr. Jonathan E. Aviv joins Dr. Mike to discuss the real reason why you may be experiencing heartburn and what you can do to put an end to the painful and uncomfortable symptoms.
PlayPlay PodcastdownloadDownload Podcast 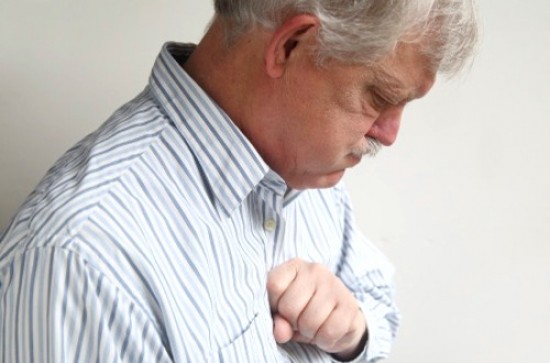 Dr. Jonathan E. Aviv, MD, FACS, is the Clinical Director and Founder of the Voice and Swallowing Center, ENT and Allergy Associates.

His other credentials include Attending Physician and Clinical Professor of Otolaryngology, Icahn School of Medicine at Mount Sinai, Attending Physician in The Mount Sinai Hospital Medical in New York. Former Professor of Otolaryngology-Head and Neck Surgery, Director, Division of Laryngology and Medical Director, Voice and Swallowing Center, Department of Otolaryngology-Head and Neck Surgery, College of Physicians and Surgeons, Columbia University. He is also the inventor of the endoscopic air-pulse laryngopharyngeal sensory testing technology.

Dr. Aviv is the author of 63 scientific papers in peer-reviewed journals and the books entitled, Killing Me Softly From Inside. The Mysteries and Dangers of Acid Reflux and Its Connection to America's Fastest Growing Cancer with a Diet That May Save Your Life, Flexible Endoscopic Evaluation of Swallowing with Sensory Testing (FEESST), and Atlas of Transnasal Esophagoscopy.

Dr. Aviv is Past President of the American Broncho-Esophagological Association and the New York Laryngological Society and Former Chair, Speech, Voice and Swallowing Disorders Committee, American Academy of Otolaryngology-Head and Neck Surgery.

Dr. Aviv has written a blog for the Dr. Oz Show website and has been featured in press articles in the New York Times and the Wall Street Journal. He has also appeared on Good Morning America, Dr. Oz Show, Bloomberg Television and the Discovery Channel.
Tagged under
More in this show: « What Effect Does Acidic Food Have on the Body? Before Your Foot Pain Sets In: How to Prevent Plantar Fasciitis »