Sheff’s first book, The Polyamorists Next Door (2014), details her 15-year study of poly families with kids and was just reprinted in paperback, and her second book Stories from the Polycule (2015) is an edited anthology of writings by poly folks. When Someone You Love is Polyamorous (2016) is Sheff’s shortest book that guides family members and significant others who are trying to understand a polyamorous loved one.

An expert witness and Guardian Ad Litem with a background in academic sociology, Dr. Sheff specializes in gender and sexual minority families, kink/BDSM, and issues facing trans* people. She is the CEO and Director of Legal Services at the Sheff Consulting Group, a think-tank of experts specializing in unconventional and underserved populations. 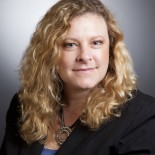 Polyamory is a form of consensual non-monogamy that emphasizes emotional intimacy and long-term, multiple-partner relationships (although some partnerships are not emotionally intimate nor long-term).

It’s important to understand what does not fall under the definition of polyamory. Swingers do not become emotionally intimate with partners. Polygamy involves one man with multiple wives. Polyamory is not limited by gender.

Some people define polyamory as a sexual orientation for themselves. For these individuals, it isn’t a whim or choice. Others choose polyamory as a lifestyle and can feel comfortable in monogamous relationships.

Polyamorous relationships are not exempt to jealousy, but neither is monogamy. Some couples make rules to avoid jealousy. New relationship energy can create jealousy in a long-standing partnership. It’s important to put in the work with the primary partner by having date nights, making an effort in the bedroom and expressing love.

The larger a polyamorous group, the more likely it is to have turnover. Many polyamorous marriages end in divorce after 15 to 20 years. This isn’t a stark contrast to monogamous marriages.

Most poly people are aware of safer sex. They’re very careful about sexually transmitted diseases, with the side effect of pregnancy prevention. Pregnancies are usually planned. Accidents are rare. The biological parent is known in poly families, even if that person is not the primary caregiver. Ex-spouses and grandparents are most likely to initiate custody battles in polyamorous families.

Monogamy made a lot of sense when our lifespans were shorter. Polyamory may shape the future of relationships, because we live longer and have access to more individuals than ever before.