Unlocking the Power of Words

Kim Dower, originally from New York City, received a BFA in Creative Writing from Emerson College, where she also taught creative writing. Sunbathing on Tyrone Power’s Grave is her fourth collection of poetry. Her other collections, Air Kissing on Mars, (2010) described by the Los Angeles Times as “sensual and evocative... seamlessly combining humor and heartache,” was on the Poetry Foundation’s Contemporary Best Sellers list, Slice of Moon, (2013) was nominated for a Pushcart, and called, “unexpected and sublime,” by “O” magazine, and Last Train to the Missing Planet, (2016), was described by Janet Fitch as being “full of worldly, humorous insights into life as it is,” were all published by Red Hen Press. Kim’s work has been featured in Garrison Keillor's "The Writer's Almanac," and Ted Kooser’s “American Life in Poetry,” as well as in Ploughshares, Barrow Street, Rattle and Eclipse. Her poems are included in several anthologies, including, Wide Awake: Poets of Los Angeles and Beyond, (Beyond Baroque Books/Pacific Coast Poetry Series, 2015) and Coiled Serpent: Poets Arising from the Cultural Quakes & Shifts of Los Angeles, (Tia Chucha Press). She teaches two workshops, Poetry and Dreaming and Poetry and Memory in the B.A. Program of Antioch University. Owner of Kim-from-L.A. a literary publicity company helping authors promote and market their books, Kim is also City Poet Laureate of West Hollywood, and will hold this position through October, 2018. She lives in West Hollywood with her family. 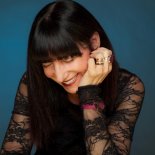 Words have the potential to change lives, and no one understands that more than Kim Dower.

A widely published poet, Kim is also the City Poet Laureate of West Hollywood, a role that allows her to use the written word to celebrate the diversity and vibrancy of that community. Kim also helps aspiring poets tap into their memories and dreams to unleash their creativity and works with authors to promote their work.

Kim joins host Erica Spiegelman to discuss the remarkable power of words and how the way we use them can help us tap into and unlock our potential.
Tagged under

More from this show . . .
Prev
Next
In Praise of Difficult WomenShattering Stereotypes