Encore Episode: "What's In Your Water?" with Dr. Friedman

Download
From the Show: To Your Good Health Radio
Summary: Dr. Friedman weighs in on an important topic: What's in your water?
Duration: 24:18
Host: David Friedman, ND, DC 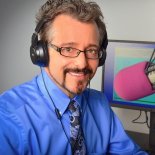 If you’re constantly struggling with your weight no matter what diet or exercise regimen you try, the water you're drinking could be to blame.

Chemicals called “endocrine disrupters” commonly found in tap water and bottled water can wreak havoc on your hormones, increase your appetite and cause fat cells in your body to expand. In addition, there could be toxins in your drinking water that have been linked to gut issues, food intolerance, autoimmune disease and cancer.

In the early 1990’s, a legal clerk named Erin Brockovich received national media attention when she exposed chromium 6 in the drinking water of Hinkley, California. This contaminated water caused liver damage, reproductive problems, birth defects and cancer! Julia Roberts won an Academy award for her portrayal of Erin Brockovich in the critically acclaimed film. Even with the international press coverage of the water contamination and lawsuit settlement ($333 million,) the problem hasn’t gone away. In fact, it’s gotten worse! Chromium 6 has been detected in the homes of 200 million people in all 50 states.

Capital One coined the phrase “What’s in your wallet?” In this revealing episode, Dr. David Friedman answers the question, “What’s in your water?” He also shares which water filters are the most effective and the healthiest choice when choosing bottled water.

To stay up to date with Dr. Friedman’s latest articles, videos and interviews, go to DrDavidFriedman.com.

More from this show . . .
Prev
Next
Howie Mandel: Take Cholesterol to HeartCan Living Your Purpose Lead to Better Health?