My father, Clyde Hill, 78, is a retired farmer and construction business owner who spent his life working on land improvement projects.

However, after being diagnosed with Parkinson’s disease, it was up to me to build a new way of life for my father.

As my father’s symptoms progressed, my family and I and sought out a neurologist who confirmed the diagnosis in 1992.

Two years ago, my brothers and I started to see a big change in our father’s demeanor. Often in the evening or sundown, he became convinced that the CIA and/or drug dealers were going to hurt him and were inside his house, causing him to become agitated, combative and paranoid. One time when I attempted to reassure him that there were no bad guys in the house and he was safe, he even asked if I was in on “their” plan to hurt him.

Watching my own father struggle with this condition was heartbreaking, but also frustrating. None of us could convince him that what he perceived as real just wasn’t based on fact. Our family found that these non-motor symptoms were more challenging to deal with than the motor symptoms.

We wanted to do everything and anything to help our father better manage the symptoms of PDP. Upon explaining my father’s experiences, his neurologist suggested he try the first and only FDA-approved treatment indicated for the treatment of hallucinations and delusions associated with Parkinson’s disease.

About four weeks after he started taking the medicine, we noticed a dramatic change in our father. His hallucinations declined immensely, which made him more content and less agitated. Suddenly, we were communicating better. If he did have a hallucination, he was more ready to understand that it wasn’t real.

Speaking up about his symptoms and getting him treatment has really helped our entire family. Others might be reluctant to speak up about hallucinations or delusions. There’s still a lot of stigma around symptoms some might call “crazy,” but being open about our experience as a family is important. My father has Parkinson’s disease, and hallucinations and delusions are just a part of that disease.

Through my experience I’ve learned the importance of sharing information with your doctor to ensure your loved one is getting the treatment he or she needs. To learn more about the common signs of hallucinations and delusions your loved one may be experiencing, and find caregiving support visit the National Parkinson's Foundation's section on Thinking & Behavior Changes.
Tagged under

Julie Torrence was born and raised in Missouri and currently resides in Kansas City. Julie is a practice assistant for Ogletree, Deakins, Nash, Smoak & Stewart, P.C. and is the primary caregiver for her father, Clyde.

MORE IN THIS CATEGORY...
Familial Hypercholesterolemia: When High Cholesterol & Early Heart Disease Runs in the FamilyTesticular Cancer: Nip It In the Balls

Dissecting the Mental Health Crisis in the U.S. 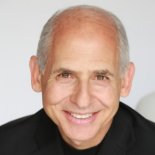 End of Mental Illness: How Neuroscience Is Transforming Psychiatry