Do You Know Your Status? Get Tested for HIV at Least Once in Your Lifetime

It’s an important time for people worldwide to unite in the fight against HIV, show support for people living with HIV, and to commemorate those who have died from an AIDS-related illness.

Today, one in seven of people who are infected with HIV are not aware they have the virus and are at risk of spreading it to others. If left untreated, the virus can progress to AIDS, a deadly and incurable disease.

AIDS, or Acquired Immune Deficiency Syndrome, can occur in the later stages of an HIV (Human Immunodeficiency Virus) infection when a person’s immune system is too weak to fight off the virus.

The Centers for Disease Control and Prevention (CDC) estimates more than one million people in the United States are living with HIV.

This is why testing remains so important.

Here is some important information about HIV testing and prevention you should know:

Who should be tested for HIV?

The CDC recommends that everyone between the ages of 13 and 64 get tested for HIV at least once in a lifetime as part of routine healthcare. If you have specific risk factors, you may need to be tested more frequently. Risk factors include:

How do you get tested for HIV?

To get tested, ask your doctor during your next visit to order an HIV test for you. Your doctor will refer you to a lab for testing and help you schedule an appointment. Quest Diagnostics, a leading provider of HIV testing, has over 2,200 Patient Service Centers across the United States where you can get tested for HIV.

A simple blood test will search for HIV antibodies (a substance the body produces when it’s fighting something it views as a threat, like the HIV virus) and/or HIV antigens (which are parts of the virus, itself). The test results are sent back to the doctor’s office to be shared with the patient.

What happens if someone tests positive for HIV?

Additionally, it’s important for them to have regular check-ins with their doctor and be tested every three to six months to assess the amount of HIV in their blood. They also need to protect those with whom they are in close contact from contracting the disease from them.

If you are not HIV positive, what can you do to continue to protect yourself?

For those who do not test positive, there are ways to continue to protect yourself from becoming infected with HIV.

For more information on HIV testing or to location to get tested visit KnowAboutHIV.com.
Tagged under

John Cunningham is a fifth generation Californian, having grown up in the East Bay before relocating to New England at the age of seven. A graduate of the University of California at Berkeley, he received a degree in political science and organizational behavior.

John’s professional career has spanned over 25 years working for several Fortune 500 companies holding management positions in human resources, risk management and organizational development. In 1993 he founded and served as President of Golden Gate Granite Group, focusing on human capitol management and effectiveness. In 2004 he realigned his career, merging his passion for community activism with his relationship development skills, joining the non-profit Positive Resource Center as Director of Development. John has been the Executive Director of the National AIDS Memorial Grove since April, 2009.

John has held numerous non-profit board level positions having served as President of the Castro Community Business Alliance, Board Chair of the New Hampshire AIDS Foundation, Vice President of Folsom Street Events.

John’s passion for improving his own quality of life through service to his community has long been his guiding principle.

Prior to joining the company, Jean-Marc worked for IBM for 17 years where he held several leadership positions.

He earned his dual Ph.D. from Cornell University in Physics and Electrical Engineering and holds 11 U.S. patents.
MORE IN THIS CATEGORY...
Adult Acne: Which Product Option Is Right for You?5 Kinds of People Most Likely to Get the Holiday Blues 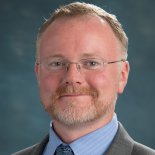 HIV: Will It Be Resolved in Our Lifetime?

CDC Behind the Scenes: Biggest Challenges in Public Health Today