What Effect Does Acidic Food Have on the Body?

In a chaotic and on-the-go type of society, it can be hard to find time to slow down and plan meals for the week ahead. Food companies know that; that's why you're never too far away from a quick and convenient fast food meal.

However, if you've ever heard the saying, "you are what you eat," you might find it's more accurate than you'd like to admit.

Fast food is fatty, acidic, heavily processed and loaded with sugar. This could cause fatigue, trouble sleeping, weight gain, acid reflux, and your blood pressure, cholesterol and sugar levels to skyrocket.

Recent research suggests that eating too many acid-promoting, unhealthy processed foods could potentially damage your kidneys and your liver and might even raise diabetes risk. When you're eating acidic foods, you may feel a little acid reflux; but you're also causing a range of other health problems that could arise later in your life.

Acid can come up from your stomach, which causes heartburn. It may seem like an everyday occurrence for some, but heartburn causes your tissues to swell, which numbs your throat and esophagus. This can eventually lead to more serious health issues such as throat cancer, esophagus cancer, asthma, and other problems within your lungs.

What foods should be avoiding to lower your risk of heartburn?

If you're prone to heartburn you should be avoiding acidic foods and drinks such as soda, citrus foods, vinegar, fried food, fatty meats, high fat cheeses, caffeine, and alcohol.

What else do you need to know about the effects acidic food has on your body?

Jonathan E. Aviv, MD, FACS, joins Dr. Mike to discuss what acidic food does to your body, and why it's important to eat healthy and wholesome foods throughout the day.
PlayPlay PodcastdownloadDownload Podcast 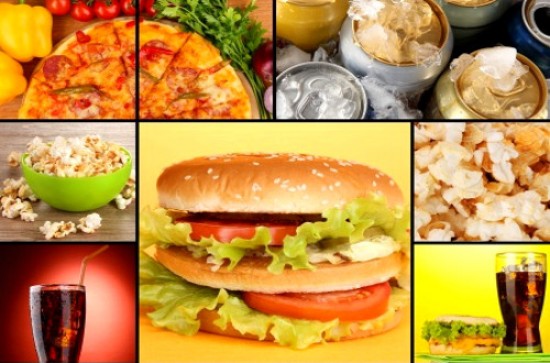 Dr. Jonathan E. Aviv, MD, FACS, is the Clinical Director and Founder of the Voice and Swallowing Center, ENT and Allergy Associates.

His other credentials include Attending Physician and Clinical Professor of Otolaryngology, Icahn School of Medicine at Mount Sinai, Attending Physician in The Mount Sinai Hospital Medical in New York. Former Professor of Otolaryngology-Head and Neck Surgery, Director, Division of Laryngology and Medical Director, Voice and Swallowing Center, Department of Otolaryngology-Head and Neck Surgery, College of Physicians and Surgeons, Columbia University. He is also the inventor of the endoscopic air-pulse laryngopharyngeal sensory testing technology.

Dr. Aviv is the author of 63 scientific papers in peer-reviewed journals and the books entitled, Killing Me Softly From Inside. The Mysteries and Dangers of Acid Reflux and Its Connection to America's Fastest Growing Cancer with a Diet That May Save Your Life, Flexible Endoscopic Evaluation of Swallowing with Sensory Testing (FEESST), and Atlas of Transnasal Esophagoscopy.

Dr. Aviv is Past President of the American Broncho-Esophagological Association and the New York Laryngological Society and Former Chair, Speech, Voice and Swallowing Disorders Committee, American Academy of Otolaryngology-Head and Neck Surgery.

Dr. Aviv has written a blog for the Dr. Oz Show website and has been featured in press articles in the New York Times and the Wall Street Journal. He has also appeared on Good Morning America, Dr. Oz Show, Bloomberg Television and the Discovery Channel.
Tagged under
More in this show: « Lesser Known Flu Fighters What Really Causes Heartburn? »