A Recipe for Good Health

In today's world, being healthy can mean a variety of things. The traditional definition of healthy is the state of well-being, and being free from physical or psychological diseases.

Staying in a constant state of wellness can be difficult, especially when your lifestyle and daily habits factor into the equation.

Not only is physical health important, but your mental, emotional and spiritual health are also important. Most health starts from the inside, which includes consuming the proper nutrition your body needs for energy.

Taking care of yourself as a whole can be extremely beneficial in the long run.

What exactly is a good recipe for health? 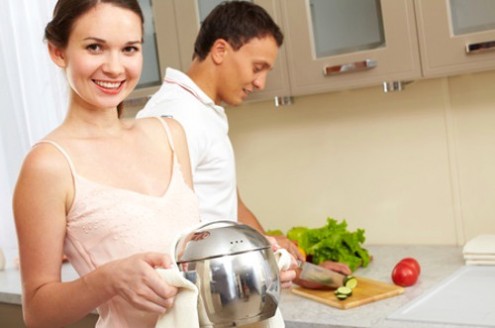 Jim Kirwin is the founder and former CEO of TrySports and the creator of Get America Moving.

He came to the United States from Ireland in 2003 to set up TrySports, a specialty retail business focused on the aerobic activities of walking, running, swimming, cycling, fitness and triathlon. He stepped down as CEO of TrySports at the end of 2012; he is so concerned about the many health problems facing America that he is now on a mission to "Get America Moving."

Jim is so passionate about his new mission, that he has been on many television and radio shows including Fox News, Kron 4 and a five-part series on ABC.

His first book The eXercise Factor is now available and it shows you how to "Ease into the best shape of your life regardless of your age, weight or current fitness level."

Jim graduated from University College Dublin with a Business Degree and he is a fellow of the Chartered Institute of Personnel and Development [UK and Ireland]. He worked for eighteen years with Ireland's leading bank, Bank of Ireland, in a wide range of personnel management roles. After three years in London, he left the bank in 1990 to set up his first business, a successful personnel management consultancy, based in Dublin.

He did this for 12 years before moving to America to set up TrySports. He has completed four marathons, many triathlons and has many years coaching running, cross-country, track and field and triathlon.
Tagged under
More in this show: « 4 Key Drivers of Health Ask Dr. Mike: Remineralize Your Teeth, Receding Gums, & Organic vs. Natural Food Labels »