Manic Highs & Depressive Lows: Do You Have Bipolar Disorder?

Bipolar disorder is a serious mental disease that can cause polar shifts in your mood and inhibit the ability to carry out normal tasks.

Bipolar disorder symptoms include two emotional states, manic highs and depressive lows. During the manic phase, you're more likely to feel restless, excessive happiness, high energy, high sex drive, and engage in other risky behavior. During the depressive phase, you may experience a change in your appetite, loss of energy, inability to concentrate, loss of sleep, and thoughts of death or suicide.

Bipolar disorder tends to run in families and usually appears in your late teenage years or early adult years, but before the age of 25. Unfortunately, many will suffer for years without seeking professional help.

What are the current treatment options?

Treatment includes both medication, the most common being lithium, and psychotherapy. Unfortunately, many people who have bipolar disorder dislike how the medication makes them feel, and it can be a challenge to keep them on it.

What else do you need to know about bipolar disorder? 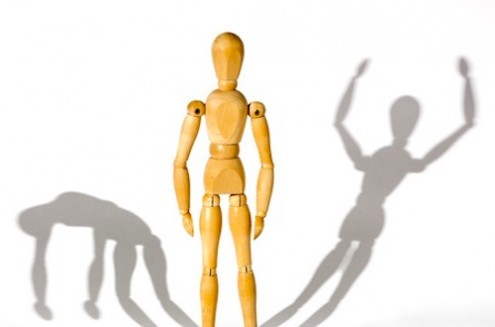 Edward Ginns completed his PhD in Physical Chemistry at Rensselaer Polytechnic Institute in NY, and went on to receive his MD from Johns Hopkins School of Medicine. Following a Medical Internship at Baltimore City Hospital, he trained in Neurology at Albert Einstein College of Medicine, NY.

In 1980 he joined the Developmental and Metabolic Neurology Branch, NINDS at the National Institutes of Health in Bethesda, Maryland where he became a tenured Senior Investigator Neurologist in the Molecular and Medical Genetics Section.

In 1986 Dr. Ginns transferred to NIMH as Chief, Section on Molecular Neurogenetics, NIMH.

In 2000 he was recruited to the University of Massachusetts Medical School as founding Director of the Brudnick Neuropsychiatric Research Institute from the Intramural Research Program of NIMH where he was Chief, Clinical Neuroscience Branch and Supervising Scientist of the NIMH Transgenic and Targeted Gene Modified Mouse Resource.
Transcription:

My guest is Dr. Edward Ginns. He completed his PhD in physical chemistry and went on to receive his MD from Johns Hopkins School of Medicine. In 1980, he joined the developmental and metabolic neurology branch at the National Institutes of Health where he became a tenured senior investigator neurologist in the molecular and medical genetic section. Dr. Ginns is the founding director of the Brudnick Neuropsychiatric Research Institute. He's Board Certified in neurology and is an elected member of the American College of Neuropsychopharmacology.

Dr. Ginns, you've got some great credentials. Thank you for coming on Healthy Talk.

G: Well, Dr. Mike. It's an exciting opportunity to be speaking with you on your radio show.

DR MIKE: Well, I've got to tell you, when I saw what you were doing with this research connecting bipolar to this rare form of dwarfism, which we'll get into later, it was awesome. It caught my eye and I think you're really onto something here. But let's just first talk about bipolar disorder in general for my listeners. Can you just give us a nice, lay definition of what bipolar affective disorder is?

G: Bipolar affective disorder is a very common psychiatric disorder that's characterized by recurrent swings from periods of high energy and mania to those of low energy and sadness. The most serious form, we call "Bipolar I" and during the manic episodes, patients have a reduced need for sleep. They're more talkative and restless and often with a mood ranging from happy to outright irritable. Poorly made decisions and rash behaviors are common during the manic period. There's often little regard for consequences.

At the other end of the polarity, there are cycles that include depression with slow thinking, concentration and actually social isolation and a pessimistic outlook. Patients with bipolar affective disorder, importantly, have a higher risk for self-harm and suicide and, for some reason, especially among the males, a second form of illness is "Bipolar II" where they have less severe episodes of mania along with the depression. Then, there are two other forms of bipolar disorder. We call it "not otherwise specified" and "psychothymic disorder" where the symptoms are minor but include episodes of hyperactivity, manic and depression.

DR MIKE: Right. So, I'm going to tell you a little story, Dr. Ginns. When I was in medical school in my 3rd year in the psychiatric rotation, I remember one of the first patients I interviewed was a patient who was diagnosed with Bipolar I. They were in a manic stage, and by the end of the interview, I was talking just as fast as the patient was and I'm not trying to make light of it, but it was really impressive to see the symptoms of the disease.

How common is bipolar disorder? Do you think we are diagnosing it more simply because we're recognizing it better or is there actually an increase in the incidence and prevalence of this disorder?

DR GINNS: According to the Institute of Mental Health, it's, as I said, a very common disorder that affects 1-2% of the population and, perhaps unappreciated, it's a major of cause of disability to both individuals having the illness and also their families. So, I don't think we're diagnosing more of it. I think that we're understanding the presentation better.

DR MIKE: Right. So, what are the current treatment options for bipolar patients and how well does the conventional therapy work?

DR GINNS: So, current treatment options include not only medication, but also psychotherapy and combinations of both. Lithium is one of the original drugs discovered for a treatment of bipolar affective disorder and it's still one of the mainstays along with the newer drugs of SSRI's. So, the medications include mood stabilizers, anti-psychotics to stave off the delusional episodes and anti-depressants. Psychotherapy can be broken down into cognitive family-based and just education about the stress that may precipitate some of the episodes of the illness. Then, for cases where medication and psychotherapy aren't doing the most, then there's electroconvulsive therapy.

So, what is an unmet need, obviously, is for more effective and personalized treatments particularly with, although the medications work well, some have adverse side effects such as heartbeat acceleration or weight gain and, in fact, aggravating mood swings and breakthrough symptoms. As you're well aware, there hasn't been a new drug in over a decade.

DR MIKE: Yes. So, one of the types of bipolar disorders you talked about, you mentioned when you were listing them was the dysthymia. I think that's how most people know of it. That's kind of like the mild, not quite full-blown manic or depressive, but more of that cycling that's a little bit minor. I've seen some studies where there's an over the counter form of Lythium, Orotate, that has worked somewhat for them. But, you're right, there really hasn't been anything new in a long time. You know, mood stabilizers.

DR GINNS: I think you bring up an important point that if people believe that they or one of their family members or friends might have bipolar disorder, that's important that they get into a professional infrastructure where they could be evaluated.

DR GINNS: So, bipolar disorder occurs in all populations. We really don't have a good handle right now on how to predict those at risk. There are clearly families where there's an increased risk because there are other individuals in the family that are affected. Like many mental illnesses, the common complicated cause for the disease has both genetic and environmental components where many factors likely act together to produce the illness or increase risk. Some others are risk genes. There are many common in the population, each probably having a small affect contributing to the susceptibility to illness and they act together with environmental factors that, together, can trigger precipitation of the symptoms. Environmental factors that we know of include things like life stresses, lifestyles, sleep deprivation and sometimes even diet.

DR MIKE: Sure. So, what do you think about the inherited connection? I mean, we find them in all different types of people. Is there a family connection in a lot of these cases?

DR MIKE: Okay. So, definitely the causes seem to be complicated and multi-factorial. What I want to do is, we're going to take a break here, Dr. Ginns. When we come back, we'll get into the new genetic finding for bipolar disease.

This is Healthy Talk on RadioMD. I'm Dr. Mike.
Tagged under
More in this show: « Hot Chili Peppers: How to Add this Healthy Burn to Your Meals Ask Dr. Mike: Carnosine, Resveratrol & Do Your Supplements Impact Your Medications? »