There are many smartphone apps available that can be used to exercise more, eat better, lose weight, and stay in shape.

However, obesity is still continuing to rise in the United States, and it’s not just affecting adults. According to information provided by the Centers for Disease Control and Prevention (CDC), approximately 12.7 million children and adolescents between the ages of two and 19 are considered obese.

When "Exercise More, Eat Less" is Not Enough

Strober, CEO and Co-Founder of Kurbo Health, developed the Kurbo app out of necessity. As her young son grew older, the doctors each year would say his weight gain was just a phase that he would grow out of. By the time her son reached age 11, doctors finally realized he was on the path to obesity. When asking for help, all Strober received was the vague answer of “exercise more, eat less.” That’s when Strober knew it was time to help solve the problem on her own.

Joanna Strober, who has a background in technology, saw that many companies were involved with helping adults lose weight using smartphone apps, and realized there was an opportunity to help children as well. As Strober saw firsthand, “kids used to outgrow obesity as kids, but today, children don’t outgrow it and instead continue to grow obese.”

The app itself is simple, but effective. Tracking what you eat is a great way to lose weight. You have to be aware of what you are eating to see how it’s affecting you. But, kids should not be counting calories since it can be dangerous. The goal of Kurbo is not to track calories, but rather change eating patterns and raise awareness around what your child is eating.

Using videos and other techniques, Kurbo teaches your child to view food as red, yellow, or green. Green foods are considered the healthiest, while red foods include sugar, carbs, and fried foods. Kids are asked to pay attention to what red foods they eat, and the app slowly reduces their consumption by seven percent each week. If your child is eating 10 or even 20 red foods a day, removing just a couple could make a difference.

The app chooses to focus more on reducing the number of bad foods eaten rather than increasing the number of healthy foods, since “no one wants to be told to eat more vegetables,” explains Strober. To further simplify the process, children enter vague foods like “cracker” or “white bread” instead of specific foods and brands, to associate each and every cracker as a red food.

The standalone app works for some percentage of kids, but a vast majority may need some sort of extra support to keep going. A coach is offered, who texts your child during the week and has a phone call with them to go over goals and objectives. If your child is having trouble figuring out which exercises to do, or which snacks to eat, the coach will help figure it out and email updates to the parents. This helps shift the role of “Food Police” from the parent to the coach, and provides additional emotional support.

Like with adults, the key to fighting obesity in children is to foster the right eating habits and eliminating the harmful, fattening foods that are too readily available. By using Kurbo, your kids will think twice before eating a “red food” and may instead choose something yellow or green. Combined with the supportive role of the coach, the Kurbo app can be a powerful way to get your children on the road to health and physical fitness.

Joanna Strober, the CEO and Co-Founder of Kurbo Health and the creator of the Kurbo app, joins Dr. Mike to discuss the app that is helping obese teens lose weight and eat healthy.
PlayPlay PodcastdownloadDownload Podcast 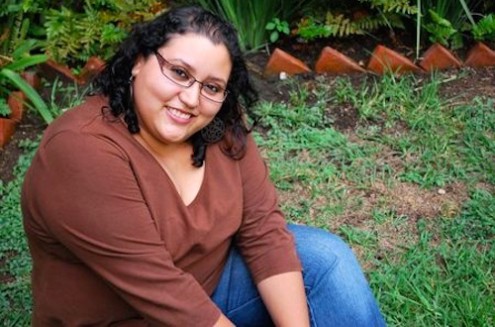 Prior to starting Kurbo, Joanna was the coauthor of a best-selling book, Getting to 50/50, which is about balancing motherhood and career. This led to many speaking engagements and media appearances to talk about changing roles and strategies for balancing family and career. Earlier in her career, Joanna served as a managing director at an investment management firm where she ran a private equity fund. She also served as a partner at Bessemer Venture Partners, where she made consumer internet investments and acted as a strategic advisor to such successful companies as BabyCenter, Blue Nile, eToys and Gloss.com, among others.
Tagged under