Dr. Craig Miller has been practicing in the Greater Columbus Ohio area since 2004. He practices full scope optometry with special-interest/training in Ocular Disease, Pediatrics, Sports Vision, and LASIK.

A Buckeye native, Dr. Miller completed his undergraduate work in pre-medicine at Shawnee State University in 2000. He received his Doctor of Optometry degree from the prestigious Pennsylvania College of Optometry in Philadelphia, PA, in 2004. While in school, Dr. Miller was fortunate enough to provide eye care to thousands of people on a student optometric humanitarian effort in La Gloria, Mexico.

As a firm believer in the Medical-Model of eye care, Dr. Miller completed his residency in the Ocular Disease in 2005 with Eye Specialist of Ohio. There he practiced with leading specialists in the fields of Glaucoma, Cataract, Diabetes, and Macular Degeneration.

In 2012, Gahanna Vision Center merged with Dr. David Waite's reputable practice in the German Village community of Columbus, Ohio. These locations, collectively coined Eye Columbus, have been recognized as one of the most successful growing practices in the country.

Dr. Miller has been recognized as one of the leading Optometrist's utilizing social media to educate patients, and also earned the "Best in Columbus" award for the past three consecutive years. He enjoys spending time in the community with his wife and children. 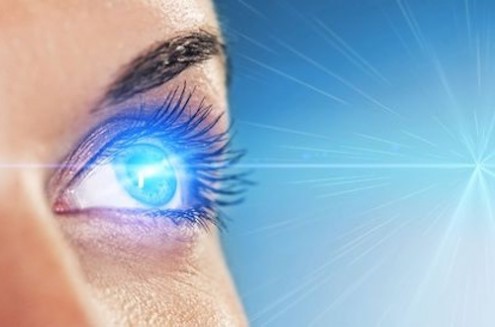 You may be unaware of the damage that can be done to your eyes throughout the day.

For example, the sun, being outside in nature, trees, and travel all have something in common.

The common thread among these unlikely things is that they can all be a source of eye-related issues.

Without proper protection, the sun's dangerous UV rays can cause photokeratitis, or what's also known as sunburned eyes. Yes, your eyes can become sunburned, just like your skin.

Symptoms of this burn include redness, pain, tearing, headache, and temporary loss vision.

What are some tips on how to keep eyes healthy during the dog days of summer?

Dr. Craig Miller shares what photokeratitis is and how you can protect your eyes from the sun.
Tagged under
More from this show . . .
Prev
Next
Could Tattoos Be the Answer for Male Baldness?The Social Challenge of Highly Sensitive People
FREE RadioMD Newsletter: