Retox: Rethinking Your Need to Detox

Lauren Imparato never anticipated that yoga would become part of her daily life. In fact, she hated it. A California girl raised on athletic fields, basketball courts, and in swimming pools, she traveled east for the classrooms of Princeton, and after graduating moved to New York for life as a young Wall Street Professional. She turned to yoga only as an experimental diversification of her Manhattan treadmill workouts. She soon realized that with regular practice, on and off the mat, yoga and its underlying lessons can change you from the inside out, as well as from the outside in.

After the Financial Crisis of 2008, Lauren realized that she could provide what all hard working urbanites need and spend countless hours looking for, but never find: a one stop shop for their aching bodies craving proper nourishment, sweat, and stretch, and their stressed, anxious, occasionally overwhelmed minds. In the Spring 2009, Lauren resigned her job as a Vice President at Morgan Stanley to launch precisely that, via I.AM.YOU.

Since, Lauren has become revered as one of the globe’s top lifestyle, wellness and yoga experts, profiled on CNN, Bloomberg, Vogue, Glamour, Harper’s Bazaar UK, The Financial Times, New York Magazine, New York Times, Wall Street Journal, Marie Claire Spain, El Pais, El Mundo, NY1 Television, TVE, the London Financial News, Poder Latin America, and Jezebel, just to name a few. Lauren’s yoga classes have been named “New York’s Best” and her teaching as “Top of NYC Instructors.” Her blog has been selected by Tumblr of one of the world’s best 15 blogs to follow on fitness, health and lifestyle, placing I.AM.YOU. and author Lauren Imparato in their coveted Spotlight section.

Lauren has acquired the aforementioned profiles and over two hundred additional items press, a testimony to her innate allure. In February 2012, Lauren was selected to lead yoga at Escape for Good, a three day long event in honor of Muhammad Ali’s seventieth birthday, alongside Andre Agass, Steffi Graf, Mia Ham, Alonso Mourning, Tony Hawk, and many other all-stars. She has lead classes for 1000-3000 people outdoors in Barcelona, Madrid, Panama, and New York City, as well as for opening weekend in Ibiza and at the Cannes Film Festival.

Lauren unites the ancient Tibetan and Indian Hindu philosophies of yoga with modern day real life as the basis of her teachings and writings in yoga, self-help, nutrition, and more. Her realistic, straight up, modern approach has made her a cult favorite for urbanites in the know. She is fluent in three languages, has lived, studied, and worked across the globe, and carries little Cali, and a lot of NYC wherever she goes. She is a graduate of Princeton University. 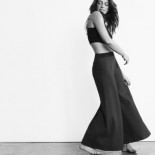 From strict cleanses to hour-long meditation practices, all the wellness offerings available today can be confusing and oftentimes unobtainable.

How do you manage your health efforts in the context of career, family and personal lives?

Lauren Imparato, author of RETOX: Healthy Solutions for Real Life, explains that we too often take a guilt-based or self-deprivation approach to getting healthy. Her concept of retox (instead of detox) allows for adding healthy components into your life instead of taking other components away. This approach takes into consideration the "real" life you have and removes all that pressure to be perfect.

Ultimately, retox isn’t about changing who you are or denying life’s pleasures. It’s about tailoring sensible, scientifically-based health practices to the life you already live. It’s about working hard, playing harder, and renewing your balance and energy so you can do it all again.

Listen in as Lauren joins Dr. Taz to share more about her book, as well as the tools she provides (yoga, food, attitude) so you can achieve your healthiest self.

More from this show . . .
Prev
Next
Encore Episode: How Cognitive Behavioral Therapy Can Change Your Eating HabitsHormone Secrets: What Your Body is Trying to Tell You
FREE RadioMD Newsletter: