Download
Guest Info & Links: Terry Real, Family Therapist
From the Show: Dr. Taz Show
Summary: Family therapist Terry Real tells how to get what you want in your relationship, or know when to end it.
Duration: 23:23
Host: Dr. Taz

Terry Real is a nationally recognized family therapist, author, and teacher. He is particularly known for his groundbreaking work on men and male psychology as well as his work on gender and couples; he has been in private practice for over twenty-five years. Terry has appeared often as the relationship expert for Good Morning America and ABC News. His work has been featured in numerous academic articles as well as media venues such as Oprah, 20/20, The Today Show, CNN, The New York Times, The Wall Street Journal, Psychology Today and many others.


In 1997 he published the national bestseller: I Don't Want To Talk About It, the first book ever written on the topic of male depression. That was followed by How Can I Get Through To You? an exploration of the role of patriarchy in relationships and most recently, The New Rules of Marriage: What You Need to Know to Make Love Work, a practical guide for couples and couples therapists.

Terry founded The Relational Life Institute, in Arlington, Massachusetts, dedicated to working with the general population to help women reclaim their voices and men open their hearts. The Institute offers a training program for therapists as well as workshops and trainings throughout the U.S. and Canada. 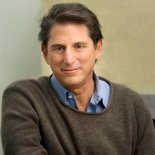 Family therapist Terry Real recognizes that women’s roles have changed. They no longer require a marriage to feel fulfilled.

Get farm to table ingredients and recipes delivered right to your door every week with Sun Basket. Go to SunBasket.com/wholehealth to save $35 off of your first order. - sponsor

Seventy percent of divorces are initiated by women. Many find that they want deeper emotional relationships than men have been conditioned to have.

Intimacy is important to your health. A bad relationship is detrimental to your wellness.

3 Ways to Get What You Want in a Relationship

Listen as Terry joins Dr. Taz to discuss how to improve intimacy and the resultant health.

Get farm to table ingredients and recipes delivered right to your door every week with Sun Basket. Go to SunBasket.com/wholehealth to save $35 off of your first order.

More from this show . . .
Prev
Next
EP 94 - What Every Woman Needs to Know About Her Pelvic FloorEP 96 - Food Sanity: How to Eat in a World of Fads & Fiction