Are Vaccinations Good or Bad for Your Child?

Download
Guest Info & Links: Al Sacchetti, MD
From the Show: The Dr. Leigh Vinocur Show
Summary: There has been a recent resurgence in deadly diseases such as measles and whooping cough, partly due to the anti-vaccine movement.
Duration: 10
Host: Leigh Vinocur, MD

Guest Bio: Al Sacchetti, MD
Dr. Al Sacchetti is the Chief of Emergency Services at Our Lady of Lourdes Medical Center in Camden, NJ and Assistant Clinical Professor of Emergency Medicine at Thomas Jefferson University in Philadelphia, PA. He is a full time practicing emergency physician as well as a researcher and educator and has authored over 100 journal publications, text book chapters and monographs. 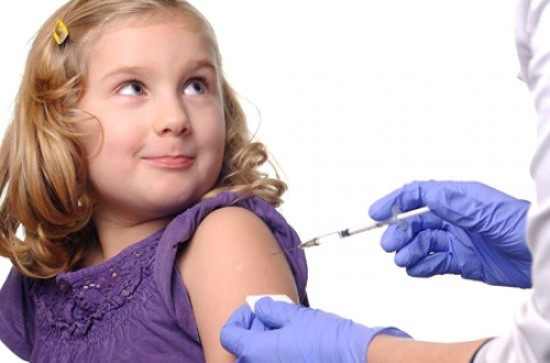 Childhood diseases such as whooping cough (pertussis) and measles were thought of as non-existent in recent years. Now, there has been a resurgence of cases due to the high profile backlash against vaccines.

If we stopped vaccinating today, in the next five years there would be over 2.7 million deaths from measles. In fact, measles is the #5 cause of death in the U.S. to children under the age of five.

For whatever reason, parents in the U.S. seem to be reluctant to give their children these vaccines. If you went to a parent in Africa and offered them a cure to a deadly disease, chances are they would take it so fast your head would spin.

Celebrities like Jenny McCarthy and other high profile actors and actresses have spoken out against giving your children vaccines. But to what merit? These vaccines have been proven to be crucial to preventing deadly diseases.

Dr. Al Sacchetti thinks that parents should give their children these life-saving vaccines. He joins Dr. Leigh to discuss the controversy and why you shouldn't believe the hype.
Tagged under
More from this show . . .
Prev
Next
Serious Dangers of Distracted DrivingEbola Virus: Is the U.S. Next to Be Affected?