Child Abuse Screening in the ER

Madeline Matar Joseph, MD, FACEP, FAAP, is a Professor of Emergency Medicine and Pediatrics at the University of Florida College of Medicine in Jacksonville.

Dr. Joseph is the Chief of the Pediatric Emergency Medicine Division and the Assistant Chair for Pediatrics. Dr. Joseph completed her pediatric residency at UF and her pediatric emergency medicine fellowship at the Children's Hospital of Birmingham in Alabama in 1992 and 1994, respectively.

Dr. Joseph has published numerous book chapters, original research papers, and review articles in the field of PEM. Dr. Joseph has served on numerous national Committees at both the American Academy of Pediatrics and the American College of Emergency Physicians (ACEP) including being the ACEP Pediatric Section Chair, Alternate Counselor and the Chair for the Department of Homeland Security project of one million dollars to develop a web-based learning game for disaster preparedness. 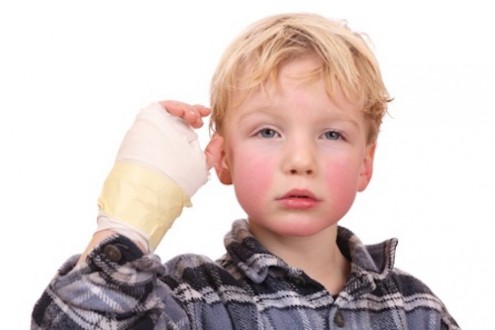 Unfortunately, child abuse is often missed by medical doctors and professionals. This can put the child at an increased risk of repeated injury, and even death.

A recent study conducted by the American Academy of Pediatrics looks into the screening of child abuse in the emergency department. According to the Pediatric Health Information System hospital, among the children that were 24 months and younger, the rate of abuse diagnosis was 0.17 percent.

What else did the study reveal?

Researchers found that sentinel injuries were associated with physical abuse and that further routine testing needs to happen to help improve early recognition of abuse.

Listen in as Madeline Matar Joseph, MD, joins Dr. Leigh to discuss child abuse screening in the ER.
Tagged under
More from this show . . .
Prev
Next
Exercise Apps that Can Decrease Your BMISuicide in the ER: One Nurse Speaks Up