Suicide in the ER: One Nurse Speaks Up

Sally Buchanan-Hagen has worked as a nurse in the emergency department on and off for three years. She is also a research assistant in the area of mental health and is currently completing her honours degree in nursing. Sally was diagnosed with bipolar affective disorder when she was 22.

She has been hospitalised three times due to her bipolar disorder and has had a total of 14 ECT treatments. Being a nurse and a psychiatric patient has given her a unique perspective of the care delivered to psychiatric patients in the emergency department.

She is now a passionate advocate for the eradication of the stigma surrounding psychiatric patients within healthcare settings. Sally blogs for The International Bipolar Foundation and bphope. She has also written for The Mighty, Youth Today and The Change Blog. 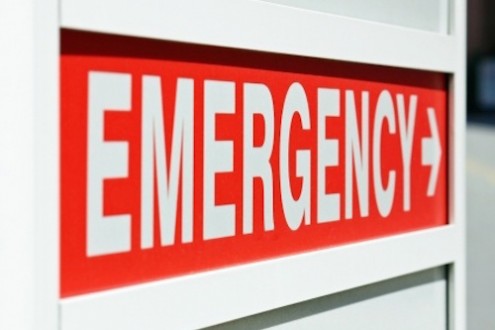 If you're a nurse or doctor in the ER, you might see a number of patients who have tried to commit suicide.

Sally Buchanan-Hagen, RN, noticed a stigma around patients that would come in with "serious" visible marks or injuries, and those with "not-so-serious" injuries (like a less lethal medication dose, lesions that aren't fatal). She observed that those with more serious injuries were treated with compassion and understanding while the others were referred to as "time wasters" and treated poorly.

Buchanan-Hagen was diagnosed with bipolar affective disorder and tried to take her own life at age 23. "I was determined to take my life. However, just because I didn't end up in the emergency department didn't make my determination to kill myself less serious."

According to the World Health Organization, 800,000 people commit suicide every year, and for every successful suicide, there are many who will also try to attempt it.

Why does the ER stigma need to be changed?

Listen in as Buchanan-Hagen shares her personal story of battling bipolar while being scrutinized in the ER, as well as why the negative stigma around suicide and mental health needs to be changed.
Tagged under
More from this show . . .
Prev
Next
Child Abuse Screening in the ERPediatric Exposure & Decriminalizing Marijuana