Dr. Matthew L. Springer received his BA from the University of California, Berkeley in 1985 and his Ph.D. from Stanford University in 1992.

He did postdoctoral research at Stanford and continued his research there as a senior scientist until joining the faculty at the University of California, San Francisco in 2003, where he is currently a Professor of Medicine and one of two non-clinicians on the faculty of the Division of Cardiology.

Dr. Springer's research interests include cell therapy and gene therapy approaches to studying cardiovascular disease, and mechanisms underlying vascular reactivity and how they are affected by exposure to secondhand smoke from tobacco and marijuana. 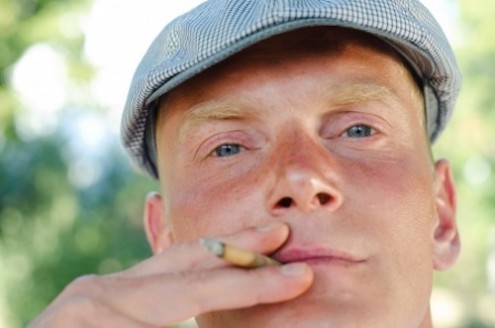 If you're walking down the street and see (or smell) someone in front you smoking a cigarette, your first reaction might be to speed ahead to avoid breathing in the secondhand smoke.

According to the U.S. Surgeon General's 2014 report on the consequences of smoking, secondhand tobacco smoke causes an estimated 34,000 premature deaths from heart disease each year in the U.S. among nonsmokers.

But, what about medical marijuana?

Even though there isn't any nicotine in marijuana, would secondhand smoke be just as bad?