Benefits of Meditation for a Highly Stressed Professional

Arnold Raizon was born in Zimbabwe. As a child, Arnold grew up in an out of the box environment. He reveled in the beauty of his country, of the sky, of the people and animals that lived around him. There was no technology to distract him from the present. Life was simple.

Arnold came to the U.S. in 1985 to pursue his medical career. He has since enjoyed a successful Diagnostic Radiology career in Washington, DC. Arnold has an amazing wife, four children, and a dog.

He looked at the outside world openly and without judgement – giving him a clear lens to process and acknowledge his emotions, relationships, and thoughts.About 10 years ago Arnold encountered stress and anxiety in a big way. It took over his life. He slept, ate, and lived in stress. He could no longer breathe inside his box. He had to find a way out. Then by chance, Arnold read a book by Thich Nhat Hahn that left him with a strong message.

Arnold began to embrace the benefits of mindfulness and meditation and wanted to learn more so that he could deepen his knowledge and share it with others. He then found the McLean Meditation Institute in Sedona, Arizona. They offer the Meditation Teacher Academy™, led by best-selling author and contemporary meditation teacher Sarah McLean. Arnold began his journey to become a meditation and mindfulness instructor and completed his certification in April 2015.

Following his Meditation & Mindfulness Teacher certification, Arnold founded ZIM Meditation, a homage to his homeland of Zimbabwe. ZIM Meditation now offers meditation and mindfulness classes, daylong retreats, corporate training, and private instruction in the Potomac, Maryland area. Arnold is most passionate in working with millennials because he sees the leash technology holds on this brilliant generation. 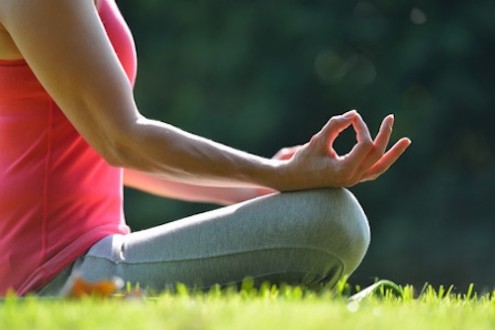 In today's world, it can seem hard to slow down and take a moment for yourself. You may constantly feel rushed and unable to think about anything other than your demanding job.

However, by learning to slow your breath and take a moment to feel fully present, meditation can be extremely beneficial to your health.

Meditation also increases your blood flow and slows your heart rate. You're able to feel a deeper level of relaxation, reduce your stress, reduce anxiety, decrease your respiratory rate, and also decrease any muscle tension you feel in your body.

What are some ways you can focus on your breath and meditate in a highly-stressed career?

Listen in as Arnold Raizon, founder of ZIM Meditation, shares why meditation is beneficial and how you can start practicing.
Tagged under
More from this show . . .
Prev
Next
Artificial Sweeteners: A Healthy Alternative to Sugar?Halloween Safety Tips for Kids AND Adults