Feeling Sick? The Cure Might Be in Your Cupboard

Dr. Ingram has since written over 20 books on natural healing. He has given answers and hope to millions through lectures on thousands of radio/TV shows. His research and writing have led to countless cures and discoveries. Dr. Ingram presents hundreds of health tips and insights in his many books on health, nutrition, and disease prevention.

Dr. Ingram is one of North America's leading experts on the health benefits and disease fighting properties of wild medicinal spice extracts. A popular media personality, he has appeared on over 5,000 radio and TV shows. He now travels the world promoting perfect health, the natural way. 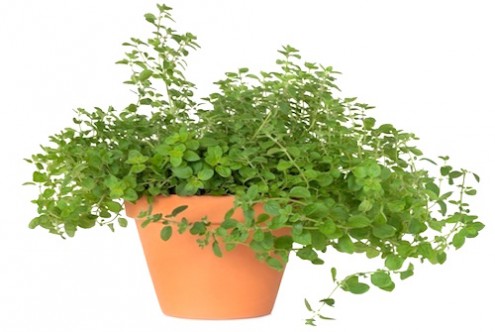 If you have a wintertime runny nose, congestion, cough, cold, sneezing, sore throat, or general achiness, you might be coming down with something.

Unfortunately, for the common cold, there's really nothing you can do except take common medicines like NyQuil and let it take its course.

What if you did have the cure to your symptoms and they were right there in your kitchen cupboard?

You might be surprised to find that you can quickly nurse yourself back to health using the power of wild oregano and other germ-fighting aromatic spices.

What spices should you use for a sore throat, runny nose, congestion, coughing, or flu?

Sore Throat: Add a few drops of oil of wild oregano to salt water and gargle several times daily. Take five or more drops of the oil under the tongue two to five times daily.

Runny Nose: Inhale the wild oregano oil frequently, place a drop or two of oil of on the skin next to the nose; consume it under the tongue, five or more drops twice daily.

Flu: Five or more drops of oregano oil repeatedly until the symptoms are resolved.

Congestion: Inhale the oil frequently to help open clogged passages. Place a drop or two of oil of wild oregano on the skin next to the nose for a more direct effect.

Coughing: Inhale the oil of wild oregano directly from the bottle as often as possible. Take a few drops of the oil under the tongue twice daily or gargle with a few drops in salt water.

Sneezing: Inhale oregano oil frequently and place a drop of oil of wild oregano on the skin next to the nose. Also, a sinus spray made from oils of wild oregano, bay leaf, and sage in a sea salt solution brings relief virtually immediately.