Download
Guest Info & Links: Sharon Lechter, CPA
From the Show: HER
Summary: You are the CEO of your own life. Your choices can help you find balance, while still bringing home the bacon.
Duration: 28:10
Host: Michelle King Robson and Pam Peeke, MD

A life-long education advocate, she is the founder and CEO of Pay Your Family First, a financial education organization and Chief Abundance Officer for EBW2020, an organization dedicated to Empowering a Billion Women by 2020.

Sharon has combined her expertise as a CPA and an international bestselling author with her unmatched passion for financial literacy and entrepreneurship to inspire change for individuals and businesses across the globe for over 30 years. Credited as the genius behind the Rich Dad brand, Sharon is currently partnered with the Napoleon Hill Foundation.

As a driving force behind these two mega brands, Sharon has demonstrated her entrepreneurial vision and business expertise while empowering audiences with messages of hope and prosperity.

Sharon is also the author of the bestselling books Think and Grow Rich for Women, Outwitting the Devil, Three Feet From Gold,and Rich Dad Poor Dad.

Sharon lives each day in pursuit of and to inspire others to achieve a life of success and significance. 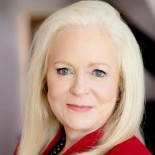 The times are changing.

Forty-six percent of women are now in the workforce. Many women were thrust into the role of breadwinner during the economic downturn of 2006-2007 when many men lost their jobs.

Women who are the primary breadwinners still do at least two-thirds of the housework. But, men are taking more responsibility in the home than in previous generations.

Women typically have the role of nurturer and have the generational stress of caring for the household. Career and financial responsibility both contribute to incredible stress. It is no surprise that more women are turning to alcohol for a "release."

Women who are 55 to 60 more than likely grew up in a household where a man was the major breadwinner. In many cases, the mother stayed home or had a job that had less financial impact on the family than the father. This is what they knew.

Women who are 25 to 35 probably grew up in a home where the mother worked outside the home. She may not have been the primary breadwinner, but she contributed significantly to the economy of the household. This generation shares household and financial responsibilities with their partners.

Women who make over 70 percent of the household’s income cheat less than men. Women are focused on all of the responsibilities of the home and workplace, likely lacking the energy for infidelity. Working women tend to neglect self care because their hands are full.

Over a five-year study, 12 percent of couples where both were working divorced. Divorce rates were 50 percent higher in relationships where women earned more money.

How can you address your own relationship if you’re the breadwinner? Communication is key. Discuss the finances so no one is in the dark about the bills. Have a conversation to make financial decisions. Hire help around the house if your partner can’t handle the chores, which can help reduce your own stress from cleaning so you can focus on quality time with your family.

Listen as Sharon Lechter, CPA joins Dr. Pam Peeke to share how you can find balance as a breadwinner.