Guest Bio: Kim Turrisi, Author & Television Writer
A graduate of Florida State University, Kim Turrisi began her career in film and television. After a year of on-set production (getting coffee, wrangling actors and taking lunch orders) Kim segued to the development side of the business. First working as a development executive at Columbia-Tri-Star and eventually shepherding many projects in family entertainment for Disney, Viacom and Hallmark.

While she’s always been a voracious reader and writer, she never thought about writing for teens until she immersed herself in the children’s publishing world as the Director of Special Projects for the Society of Book writers and Illustrators. There, reading children’s literature is a big part of her job.

Her debut Young Adult novel JUST A NORMAL TUESDAY is loosely based on the author's own experience, the debut YA novel follows 16-year-old Kai as she struggles through the emotional aftermath of her sister's suicide. Kai spends a month at grief camp, discovering a roadmap to piecing her broken heart back together.

One of Kim’s favorite parts of the writing process is to create playlists for her characters that she listens to when she writes. When she revises her manuscripts, she’s generally in mismatched plaid and her desk is riddled with junk food. She collects Chuck Taylor’s, Van’s, and has a killer sock collection.

Born in Hawaii, she credits her love of travel to her life as an Air Force brat moving every two years. When she isn’t writing or reading, she can be found obsessing over her dogs, Riley and Rocco. 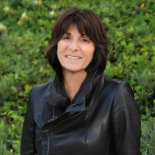 It’s no surprise that teenagers are struggling. Suicide is the second leading cause of death in the United States and Canada.

Teen emotions are magnified. They feel disconnected and have trouble relating to people. Those who lose someone to suicide or have suicidal thoughts need help outside of social media.

Kim Turrisi’s Just A Normal Tuesday is a novel loosely based on her own life. Kim lost her older sister to suicide and had to carry on. The novel’s protagonist is relatable for struggling teens.

Kim encourages a willingness to communicate with teens on any topic. Pay attention when your children talk to you. Take signs of bullying seriously. Human contact and connection is important.

Listen as Kim Turrisi joins Dr. Holly Lucille to share how you can help the teens in your life feel less alone.
Tagged under

More from this show . . .
Prev
Next
Finding Peace in Troubling TimesGBM Alternative Treatments