Download
Guest Info & Links: Bruce Fife, ND
From the Show: Naturally Savvy
Summary: Lots of people have vegetable oil and olive oil in their cupboard, and that’s it. But, those oils aren’t necessarily the healthiest for you.
Duration: 19:10
Host: Andrea Donsky, RHN and Lisa Davis, MPH

Dr. Bruce Fife is a certified nutritionist and naturopathic physician.

He is the author of more than 20 books including The Palm Oil Miracle; The Shocking Truth about Palm oil, The Coconut Oil Miracle, The New Arthritis Cure, and Stop Alzheimer's Now!: How to Prevent and Reverse Dementia, Parkinson's, ALS, Multiple Sclerosis, and Other Neurodegenerative Disorders.

He serves as the director of the  Coconut Research Center in Colorado. 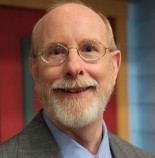 Lots of people have vegetable oil and olive oil in their cupboard, and that’s it.

But, those oils aren’t necessarily the healthiest for you, nor are they best for the cooking techniques you are using, nor do they always have the best flavor for the dish you’re preparing.

Dr. Bruce Fife joins host Lisa Davis to help break down the differences between olive oil, canola, coconut, palm oil and more. He also reveals what is the best oil choice for frying, sautéing, or baking.

Myth: The reason vegetable oils are so plentiful is because they are more nutritious and versatile for cooking.

Fact: Most vegetable oils are affordable and versatile, but they often have no flavor. These oils are so highly processed that there’s nothing that possibly remains in there that could possibly be useful to the human body except their fatty acids. They are mostly very high in omega-6 fatty acids, which aren’t necessarily bad by themselves, but when consumed in the amounts we consume them, especially with so little omega-3 in our diets, are extremely pro-inflammatory.

Fact: Two major meta-analyses in the last few years, one published in the American Journal of Clinical Nutrition in 2010, the other in the Annals of Internal Medicine in 2014, have questioned the myth that saturated fat is in any way related to heart disease. Saturated fat was wrongly demonized. It has specific nutritional functions. It’s important for the brain, it stands up to heat and oxidation, and when it comes from sustainable plant foods like palm and coconut, you have absolutely nothing to fear from it. In fact, it has an overall beneficial effect on blood cholesterol, raising HDL and lowering the pro-inflammatory fractions of LDL like LDL pattern B particles.


Myth: For health reasons, canola oil is best for frying.

Fact: It drives Dr. Fife absolutely nuts that Americans made the switch from lard and some of the other saturated fats to canola oil, which actually does not stand up to high heat well. When it is processed with high heat, the way canola oil is with almost every single fast-food restaurant, it can polymerize and form carcinogenic compounds. It is not the best to use for frying. The best oils are the saturated fats: the lards, the coconut oils and the palm oils. They stand up beautifully to heat. And they don’t form any really negative compounds that are bad for our bodies.


Myth: There’s not enough difference between healthier oils and the less expensive ones, to justify the cost.

Fact: Yes these oils may be a little bit more money, but you use less of them. So technically, they wind up being the same cost. Plus, you get a better flavor profile, a richer mouth feel. You’ll get more nutrients. And you will have that important omega-3/omega-6 balance.
Tagged under

More from this show . . .
Prev
Next
Encore Episode: Heal Your Gut by Restoring Good BacteriaHealing Power of Emulsified Omega-3 Supplements