Ted, along with his wife, Marcella, created Golden Willow from a combined vision of compassion and healing towards all life. Ted is a licensed clinical therapist, certified grief counselor, an ordained minister, a New Mexico certified schoolteacher and a certified tennis professional.

Ted’s passion for working with grief, loss, and recovery arose from his own personal losses in which he realized there were very few places to go for support and healing from loss. Working at Betty Ford Center, Ted counseled individuals and families with clinical and spiritual support through the recovery process. He has written numerous articles on the subject of emotional healing, grief, loss and the connection vs. disconnection of spirituality in loss, addiction and relapse prevention.

Ted has co-authored the book Witnessing Ted: The Journey to Potential Though Grief & Loss, a sensitive guide on the six aspects of grief and the journey to a wiser more authentic life.

He is sought out for speaking engagements nationally to offer his inspirational and dynamic message of hope and healing. 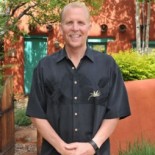 There's nothing more devastating than losing someone you love.

You may feel numb, empty, and even crazy... like you'll never escape the emotional distress.

Reverend Ted Wiard, LPCC, CGC, who experienced incredible losses early in his life, wants you to know that you're not confined, nor defined, by the parts of your story.

Ted nearly died from a rare disease. His brother perished in a shipwreck in Alaska. His wife was diagnosed with cancer at age 28 and lived only two more years. Shortly after, his two young daughters and mother-in-law were killed in a car crash.

Ted quit his job and found himself wandering the world, contemplating suicide. At one point, he checked himself into a rehab center, even though he did not struggle with either drugs or alcohol. He just needed those 28 days to start to reflect and heal.

His experience doing so spurred Ted to eventually found Golden Willow Retreat to help others who are dealing with grief and loss.

One of the things Ted teaches is that when faced with loss, your mind takes a resistance approach. All of a sudden, you have to look at yourself and who you really are. This shattering experience (like Humpty Dumpty) forces you to look at all the pieces of your life and choose which to keep and which to let go.

That resistance also appears in the grieving process, because you may connote grief with "getting over it" or having the loss be okay. The story doesn't have to be okay, but grief allows YOU to eventually be alright.

Ted joins host Lisa Davis to discuss his own story, how he now views those losses in his life, and his "phases" of grief (loosely based on Elisabeth Kubler Ross's stages of grief).


Buy on Amazon
Witnessing Ted: The Journey to Potential Through Grief & Loss
Tagged under

More from this show . . .
Prev
Next
Secrets to Lasting Weight LossTips from the PlantPure Kitchen