Download
Guest Info & Links: Laura Lea Goldberg, Chef
From the Show: Talk Healthy Today
Summary: There are so many benefits you can achieve by eating with a holistic mindset, including physical, mental and emotional perks.
Duration: 28:28
Host: Lisa Davis

Laura Lea Goldberg is a Certified Health-Supportive Chef with a holistic wellness business in Nashville, Tennessee. Chef Laura Lea graduated from the University of Virginia in 2008 and moved to New York City, where she worked in legal and finance jobs for four years. During this time, Laura Lea found herself disillusioned by New York corporate culture, which seemed to reward output at the expense of personal health, as well as the social cycle of over-indulging and under-sleeping.

Laura Lea began studying the concept of holistic health and cooking fresh, produce-focused meals. She marveled at the profound improvement on her physical and emotional state, particularly, her ability to cope with stress and anxiety. She became determined to make a career out of sharing this simple but forgotten connection. In 2012 she discovered the Natural Gourmet Institute in Chelsea, New York, which offers a certified Chef’s Training Program. The Chef’s Training Program at Natural Gourmet focuses on cooking with whole foods, and includes a series of courses on nutrition and healing.

After graduating in August, 2013, Laura Lea returned to her hometown of Nashville, TN, and created her website, llbalanced.com. The fundamental goals of LL Balanced are twofold: 1) To dispel common misconceptions of healthy eating as radical, expensive, exotic and deprivation-based, with her simple, comfort-food inspired and family-friendly recipes 2) to increase awareness about the relationship between food and mental, emotional and physical health, so that people can live their most vibrant, productive and happy life.

Through LL Balanced, Laura Lea teaches cooking classes out of her home, and is a contributing writer and recipe developer for MindBodyGreen, Shape Magazine, Greatist, Womanista and Men’s Journal, among others. She has been featured in publications such as Southern Living, Food Republic, StyleBlueprint, Coveteur and more. Laura Lea has a regular cooking segment on WSMV Channel 4, where she demonstrates how to make some of her most popular dishes.

Laura Lea released her first cookbook in May, 2017 -- The Laura Lea Balanced Cookbook: 120+ Everyday Recipes for the Healthy Home Cook -- which she is publishing through Spring House Press. 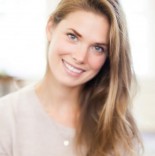 There are so many benefits you can achieve by eating with a holistic mindset, including physical, mental and emotional perks.

But, preparing healthy, whole-food meals can seem overwhelming and challenging, particularly when it seems everyone in your household is going in different directions.

Chef Laura Lea Goldberg, creator of the popular "LLBalanced" website, reaffirms that balance is possible: you can find the joy, relaxation, and healing of cooking for yourself, family, and friends during these frenetic times.

Her new book, The Laura Lea Balanced Cookbook, helps you create a foundation in the pantry and kitchen that will make the prospect of healthy cooking accessible and exciting, not stressful. She provides tips so you won't overthink things but rather focus on consistency instead of perfection.

Listen as Laura Lea joins host Lisa Davis to share information from the book, as well as advice for making holistic eating a part of your lifestyle.