The Transformative Power of Humor

Download
Guest Info & Links: Amer Zahr, JD
From the Show: The Wizard of Eyes
Summary: When was the last time you had a really good laugh?
Duration: 10
Host: Robert Abel, Jr., MD

Amer Zahr is an Arab-American comedian, speaker, writer, and adjunct professor at University of Detroit Mercy School of Law. Drawing on his experiences growing up as a child of Palestinian parents, he finds the humor in society, culture, and politics.
In February 2016, Amer headlined a packed house at New York City's world-famous Carnegie Hall, alongside Palestinian-American comedians Said Durrah, Mona Aburmishan, and Mike Easmeil

In June 2015, Amer headlined at the world-famous John F. Kennedy Center for the Performing Arts in Washington, DC. He produced this show as well, making it the first time that an all-Palestinian cast took the stage at the internationally-renowned venue.
He has produced and headlined in three of his own comedy tours, 1001 Laughs Comedy Tour, We're Not White! and In 1948.

He founded and produced the first-ever 1001 Laughs Ramallah Comedy Festival, a production in Palestine that featured 10 comedians and seven shows in August 2015. The festival entertained over 2,000 locals and was funded by the U.S. Consulate General in Jerusalem, a branch of the United States Department of State. Amer, as the producer of the festival, received great acclaim and wide media attention.

He is also the producer of the annual "1001 Laughs Dearborn Comedy Festival" in Dearborn, Michigan at the Arab American National Museum.

Amer recently completed production on his first documentary film, We're Not White, a comedic and informative approach to the Arab-American struggle to get a box on the United States Census Form.

He is also the author of the well-read blog, The Civil Arab, as well as his first book, Being Palestinian Makes Me Smile, a collection of his writings relating to being Palestinian.
Amer holds an MA in Middle East Studies and a JD (law degree), both from the University of Michigan in Ann Arbor. He writes and speaks widely on political and social affairs, and has appeared on radio and television, including ABC's Politically Incorrect with Bill Maher. Some of his writings have been featured in major publications, including Time magazine, and Al-Jazeera.

Amer has performed throughout North America and the Arab world. 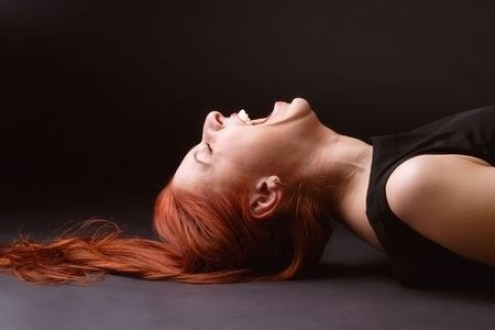 A nationally recognized comedian and writer, Amer Zahr, joins The Wizard of Eyes to share his wit and wisdom.

Amer is an Arab-American comedian, speaker, writer, and adjunct professor at University of Detroit Mercy School of Law.

Drawing on his experiences growing up as a child of Palestinian parents, he finds the humor in society, culture and politics.

Amer joins Dr. Abel to explain how his carefully crafted material is designed to both lighten and inform audiences.
Tagged under
More from this show . . .
Prev
Next
Ask the Wizard: Dr. Abel Responds to FAQsThe Vision of Basketball