Connection Between Diabetes & Your Heart

Download
Guest Info & Links: Jill Weisenberger, MS, RDN, CDE, FAND
From the Show: Wellness for Life
Summary: Did you know that there is a new diabetes diagnoses every seven minutes? Find out what you need to know about prevention.
Duration: 10
Host: Susanne Bennett, DC 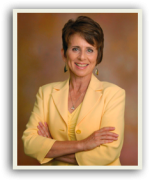 Jill Weisenberger makes nutrition science understandable, realistic and oh so delicious. She has been on a two-decade mission to empower people to grab control of their health. She does more than teach. When working with individuals and groups, Jill acts as their coach, cheerleader and strategist.

As a speaker and writer, Jill’s informative and entertaining while offering practical advice to eat better, feel better and live better. She inspires individuals, audiences and readers to take action and get results. She is contributing editor for Environmental Nutrition and also writes for many other publications including Diabetic Living, Kid’s Eat Right, The DX and Today’s Dietitian. Jill is also the author of three books.

Uniquely combining her food, nutrition and health expertise with her public relations and communications skills, Jill works with industry clients including Daisy
Brand Cottage Cheese, Boar’s Head Provisions, the Wheat Foods Council and the Alliance for Potato Research and Education. She is an internationally recognized nutrition and diabetes expert and is frequently quoted in print and broadcast media. Additionally, Jill has been honored by being named Fellow of the Academy of Nutrition and Dietetics (FAND).

Despite all of the health movements and focus on eating better, diabetes continues to be on the rise. There is a new diabetes diagnosis every seven minutes, and by 2020, it’s estimated that one out of two people will be diagnosed with either diabetes or pre-diabetes.

Jill Weisenberger, MS, RDN, CDE, believes it’s crucial to understand the connection between diabetes and your heart’s health, and equally important to make lifestyle choices that will reduce the risk of developing diabetes. Sadly, around 28 percent of people who have diabetes don’t even know it. More than 8 million people in the United States who suffer from diabetes have not even been diagnosed.

There are three ways to test for diabetes, and it’s up to your physician to decide which method will work best.

Each of these tests are a great way to find out if you have diabetes, but it can be more difficult to detect pre-diabetes. A common misconception is that with pre-diabetes, you have yet to encounter problems. But, the truth is your body is actually already having problems with insulin resistance, and probably has been for a long time. If it goes untreated, pre-diabetes will eventually become type-2 diabetes. According to the Mayo Clinic, “without intervention, pre-diabetes is likely to become type-2 diabetes in 10 years or less.”

So what are the signs and symptoms of pre-diabetes? Unfortunately, it can be extremely difficult to detect since it may not present as anything other than low-level fatigue. By the time your blood sugar gets high enough to become type-2 diabetes, symptoms can be easier to spot. Frequent thirst and urination is a common symptom, because extra sugar spills into your urine, causing you to visit the bathroom more often.

Overall, pre-diabetes is especially difficult to diagnose since it can feel like the regular symptoms of everyday life where you work hard and come home feeling tired.

The Relationship Between Diabetes and Heart Disease

Diabetes can be dangerous by itself, but its implications on your cardiovascular system are also worth noting. Most people don’t know that someone with type-2 diabetes has a 2-4 times increased risk of having a heart attack.

When visiting a physician, so much effort is spent focusing on the blood glucose numbers that other parameters become easily ignored.

“Understand it’s more global than just the blood sugar number,” says Weisenberger. The “ABCs of diabetes care,” as Weisenberger puts it, should include A1C, blood pressure, and cholesterol. Since heart disease is the number-one killer in the United States among both men and women, it should not be ignored.

Start making the right lifestyle choices today by eating foods that don’t negatively affect your heart. Some of Weisenberger’s favorites include healthy fats such as olive oil, canola oil, avocado, peanut butter, and almond butter. You should also eat healthy carbs like fruit, and high-quality whole grains including oatmeal and quinoa.

In the accompanying audio segment, Jill Weisenberger, MS explains the importance of making the right lifestyle choices now before you develop diabetes.

More from this show . . .
Prev
Next
What's Trending in Health Apps?Nature's Secrets: New Vital Signs to Your Vital Health