Download
Guest Info & Links: Kristin Kirkpatrick, MS, RD, LD
From the Show: YOU The Owners Manual Podcast
Summary: Learn the worst ingredients for your liver, plus the top three foods that are scientifically proven to get your liver in tip-top shape.
Duration: 19:20
Host: Michael Roizen, MD

With her down-to-earth, approachable style and expert credentials, Kristin Kirkpatrick is frequently invited by the media to appear and discuss a variety of nutrition and wellness-related topics.

A regular guest on The Dr. Oz Show, she also writes columns for the Huffington Post, U.S. News and World Report online, and Cleveland Clinic Health Hub and has contributed to the New York Times, Wall Street Journal, Cleveland Plain Dealer, the Washington Post, Fitness, Self, Today’s Dietitian, Martha Stewart Whole Living, and Women’s Health magazines to name a few. She is also the nutrition advisor on the You Beauty website and sits on the advisory board for The Dr. Oz Show.

Kristin began her career in Washington, DC lobbying for Medical Nutrition Therapy reform with the American Dietetic Association’s Policy and Advocacy group. From there, she went on to become the Regional Coordinator of the NHLBI’s (National Heart, Lung and Blood Institute) Hearts N’ Parks program in Montgomery County, Maryland. While there, she designed, implemented and measured health promotion programs. Later, she returned home to Ohio where she began working at the Cleveland Clinic’s Department of Cardiovascular Genetics and entered the University of Akron’s coordinated program in Dietetics.

Today, Kristin is a licensed, Registered Dietitian in the state of Ohio and splits her time between her private consulting firm and her job at a nationally recognized hospital nearby. 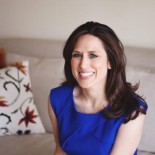 Meals such as oatmeal and almond butter, avocado sandwiches, and red beans and rice are more than delicious. They can actually help boost your liver's health and prevent major health issues like cancer and cirrhosis.

In this episode she explains how a colorful diet can cut your risk of liver damage while also helping you lose weight.

Listen in to find out the worst ingredients for your liver, plus the top three foods that are scientifically proven to get your liver in tip-top shape.
Bonus!
Make Sense of Conflicting Nutrition News
Tagged under