Four Ways To Dodge The Rising Tide Of Heart Disease

Three billion beats in a lifetime! No, we're not talking about Ringo Starr's drum set - that's how many times your heart beats during your lifespan as it pumps blood through your 100,000 miles of capillaries, veins and arteries, bringing oxygen from the lungs into the blood and distributing that oxygenated blood and nutrients throughout the body. There's no health reason to think you're limited to that number, either - even though some folks say so in order to avoid heartbeat-increasing exercise!

The heart is astoundingly hearty, but easily damaged. Problems can develop with how the muscle itself functions, with the valves that control blood flow in and out of the heart's chambers, how it beats, and how vascular damage can cause blocked and stiffened blood vessels, heart attacks and strokes. In the U.S., about 610,000 people die of heart disease annually; it's the leading cause of death for men and women.

You've heard us say over and over that 10,000 steps daily; 150-300 minutes of aerobics weekly; two 30-minute strength-building sessions weekly; eliminating the Five Food Felons from your diet (that's trans and sat fats, added sugars and syrups and any grain that isn't 100% whole); and making sure you get seven to eight hours of quality sleep provides powerful protection for your heart, and consequently for your brain, sex life and longevity.

But a new study makes it clear that you might need some extra weapons in your battle against heart disease. Researchers recently looked at data on U.S. mortality rates from 1999 to 2017 and found that deaths from stroke and diabetes declined from 1999 to 2010, but leveled off after that, while deaths from high blood pressure increased between 1999 and 2017. That comes after years of improved diagnosis and treatment of cardiovascular disease that led to significant declines in deaths from heart disease, stroke, diabetes and high blood pressure! So, we've got four ways to protect your heart health that you may never have thought of that are easy to adopt:

1. Floss daily. Oral bacteria thriving on food residue stuck between your teeth can migrate to your bloodstream. There they can fuel inflammation that damages the lining of your arteries, making them susceptible to a buildup of plaque, stiffening, narrowing and - BANG - heart attack and stroke. Don't like flossing? Try other so-called interdental cleaners.

2. Don't work extra-long hours, week after week. People who work 55 hours or more a week up their risk for stroke by 33%, and the risk for coronary heart disease by 13%, according to a study in The Lancet that looked at data on more than 600,000 people. Why? Working long hours can contribute to a sedentary lifestyle, enhanced stress response, poor sleep habits or too much alcohol. There is an exception if you love your work and make sure to eat right, exercise and de-stress.

3. Quiet down your world. A study in the Journal of the American College of Cardiology explains that noise triggers a stress response that makes blood-vessel damaging hormones such as cortisol surge and causes a cascade of reactions that lead to problems with your blood vessels, metabolism and nervous system. So, turn down your headphones and earbuds; use earplugs when walking down noisy urban streets. In the bedroom, use fans or white noise machines and install thick curtains to block ambient noise from outside.

4. Expand your support network. A study published in BMJ Heart reveals that having few social connections or feeling lonely increases your risk of heart disease 29% and stroke by 32% compared with people who feel connected to others. Volunteer, join a club with activities that interest you, sign up for classes, and consider talk therapy to help you jump-start your efforts.

Bonus Tip: Give up French fries and soda. The average American eats 29 pounds of fries and drinks 53 gallons of soda annually. Ditch both for your arteries' sake.

MORE IN THIS CATEGORY...
The Amazing Health Benefits Of KindnessFlu Shots: Who, What, How 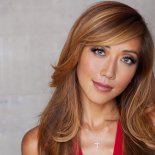 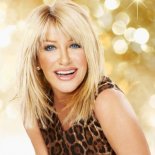 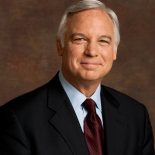