You Can Be A Cancer Warrior

The Greek myth about powerful Amazonian women evolved over many years, and by the fifth century B.C., the historian Herodotus reported that the alluring, but frightening, females lived in a fortified city on the Black Sea and raised their girl children to be warriors equal to any challenge. More than 2,400 years later, an archeological dig in the steppes of the southern Urals found evidence of unusually tall women (for the era) buried with swords and sporting battle wounds. Guess they weren't so mythical after all!

Well, it's time for another band of female warriors to take up the battle - this time against cancer. A new study out of the U.K. indicates that the more than 41 million women in North America who are obese (a BMI of 30 or higher) have a 40 percent greater risk of developing bowel, post-menopausal breast, gallbladder, womb, kidney, pancreatic and esophageal cancer than healthy-weight women. If that's you, you CAN cut your cancer risk by fighting to establish a healthy weight. Your battle plan: not smoking, drinking no more than one glass of wine a day, eating five to nine servings of produce daily and dodging added sugars and syrups, red meat and processed foods. Also, for your pleasure and your health, sleep seven to eight hours a night, meditate, make love as often as possible and get active. All exercise makes your immune system a better cancer fighter. We believe every one of YOU has an inner Amazonian who will fight for better health. Unleash your Amazon warrior!

© 2015 Michael Roizen, M.D. and Mehmet Oz, M.D.
Distributed by King Features Syndicate, Inc.
MORE IN THIS CATEGORY...
When It's Smart To Skip SchoolStay Away From Spray Tans 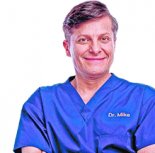 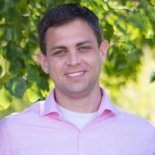 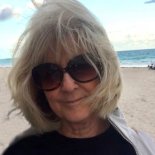 Encore Episode: What Diet Trends Are Dangerous For Your Heart?

How to Step Up Your Mental Game