Make Sure Your Children Are Safe In Backyard Pools

In June, country music star Granger Smith posted a devastating announcement on Instagram. Doctors had been unable to revive his 3-year-old son, River Kelly, who drowned in a swimming pool accident at their family home.

Unintentional drowning is the leading cause of accidental death in children ages 1-4. A new report from the U.S. Consumer Product Safety Commission estimates that among kids 15 and younger there were 6,600 pool and spa-related non-fatal emergency room visits from 2016 through 2018, and 363 drownings during the same time period. About 4,800 of the kids taken to the ER and 268 of those who died were younger than 5.

So this summer take steps to protect your children from accidental drowning.

- If you have a pool, install a four-sided fence around the perimeter - with a lock that you control.

- When your child is in a pool, keep him/her away from drains and any openings that pose a risk for entrapment.

- Have at least one adult who can swim designated to supervise; never leave any children unattended.

- Learn CPR and, if you don't know how, learn to swim.

- Teach your children to swim. Lessons are often available for low or no cost through public programs. The American Academy of Pediatrics recommends that children begin swimming lessons as early as 1.

The Smiths donated their son's organs so that other children would be given a second chance at life, a remarkably loving gesture and a decision no parent ever wants to have to make.

MORE IN THIS CATEGORY...
Switch Hitting For Protein And PowerLive Sofrito And Thrive!

How to Rewire Your Brain for Better Thinking and Better Decisions

TBTCE: Carol Alt Believes in a Healthy YOU 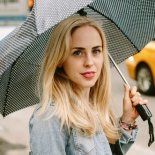