Roizen Rule for a Younger YOU... Don’t Take That Receipt Unless YOU Absolutely Need It

We’ve talked frequently on YOU The Owner's Manual Radio Show about the feminization of male tadpoles when exposed to ponds with plastic bottles made with BPA.

BPA is a plasticizer common in baby bottles in the plastic baby bottle era of 1970 to 2008, and is common in thermal receipts.

It acts to disrupt testosterone function and maybe to mimic estrogen.

Those changes are thought to be very powerful: it appears male infants function with certain brain structures more like females - more of the FOX2 protein, which leads to more chatter (I kid you not) when the mom has a high blood level of BPA during pregnancy. And can lead to more asthma in such children too.

Now something even more serious.

Exposure to bisphenol A (BPA) and it’s cousin BPS in the womb or as an infant increases the risk of childhood learning disorders, by changing the function of a gene important to learning in kids (and even us adults.)

These genes produce a protein that gets chloride out of cells. Not enough chloride out, poor development of connections, which means poor learning.

Small amounts of BPA and BPS seem to interfere with brain development by blocking these genes.

Even worse, maybe this endocrine disruptor is responsible for some of the substantial increase in autism in the last two decades.

Rett syndrome, a severe autism spectrum disorder, affects girls (only) who have mutations in a gene that is responsible for producing the BPA-blocked protein. So these changes caused by BPA and BPS (by inference—it is not as well studied) may not be trivial; and getting a little BPA and BPS may not be a trivial addition to your diet’s contaminants.

So, what can you do to protect your future child?

First, you want to reduce YOUR exposure to BPA and BPS.

Companies have tried to change the plastic in bottles to avoid BPA and BPS - and the US FDA and Canadian authorities have banned BPA from baby bottles. So what’s the most important three things you can do?

1. Don't touch thermal cash register receipts - that’s almost all of 'em. Touching the receipt and then your mouth is the number one way (1000 times more potent than any bottle or can is the amount of BPA and BPS you get on your hands from each receipt) to end up with BPA and BPS in your system.  Good news - you do not absorb BPA or BPS well thru your skin…so it is touching your mouth (you do it more than 12 times in an average hour you are awake) is how it gets in you….and touching baby’s mouth or food is how it gets in her.

2 . Don’t put polycarbonate plastics (hard, clear, lightweight), in your dishwasher or your oven or your microwave...even if they are dishwasher and microwave safe. BPA can leach into your food. Avoid putting them in the dishwasher, too.

3. Wash your hands (and your significant other his) immediately before preparing any food or touching any food you are to feed your baby…even breast milk. That’s right - you are the leading source of BPA or BPS transfer from the food you prepare to your baby.

So, don’t touch that receipt!

Questions—just send em to This email address is being protected from spambots. You need JavaScript enabled to view it.
Tagged under

Dr. Mike is a New York Times #1 bestselling author and co-founder of the well-known RealAge.com website, along with Dr. Mehmet Oz. He is chief wellness officer and chair of the Wellness Institute of the Cleveland Clinic and health expert on Oprah.

Dr. Mike hosts the popular YOU The Owner's Manual Radio Show here on RadioMD.com, and on radio stations nationwide.

You can also visit his latest partnership with Dr. Oz at YOUBeauty.com.

MORE IN THIS CATEGORY...
The Forbes Gang on Fox Knows Nothing (about Medical Costs)The Best Job Creation Program is also the Best Tax reduction Program, and Ohio is Proving it in Reverse

The Dangers of BPA

Estrogen Dominance: Too Much of a Good Thing Can Be BAD 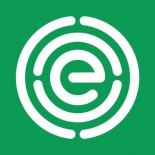