On the Tip of Your Tongue

What IS that Word?

It can be rather frustrating to find yourself struggling to remember a word, especially when you are engaged in lively conversation with someone and excited about the topic. It's the Tip-of-the-Tongue Phenomenon in action.

You stand there, pausing, digging into the far recesses of your mind, probably hanging on the fact that the word you are trying to find begins with an “S,” but it just won’t emerge, no matter how hard you try to locate it.

According to research by psychologist Karin Humphreys, the more you struggle to find that elusive word, the more likely you will have problems with that word in the future. There is something about the tip-of-the-tongue phenomenon which patterns the brain into misfiring when trying to retrieve the same word at a later time.

Researchers showed 30 subjects questions which they either knew the answer to, didn’t know the answer, or had the answers at the tip of their tongues but couldn’t recall them. The longer a subject remained in the tip-of-the-tongue state the first day, the more likely they were to have the same difficulty the next day with the same answer.

Somewhere along the way, the brain reinforces the incorrect process instead of finding the word.

Similar sounding words can often compete for our brain’s attention, partially explaining why we often will think of very similar words when trying to remember that one word which eludes us.

For example, say you are trying to remember the word trudge. Your brain may come up with trek, trample, and track while it struggles to find the word, because all of those words begin with ‘tr” and they all relate in some way to walking. Though the desired word may pop up seconds or minutes later, there’s also a good possibility that all the other similar sounding words will drown out the one you seek.

If you are lucky enough to recall the word you are looking for, the best way to commit it to memory is to repeat the word to yourself, either out loud or silently, several times, to reinforce procedural memory.

Stacey Naito, DO, is a board certified family practice physician, with a special emphasis in rehab medicine, aesthetics, dermatology, weight management, hormone balance, and anti-aging.

Website: www.staceynaito.com/
MORE IN THIS CATEGORY...
Ok, Scale. Truce.Challenge Your Brain with Activities 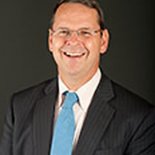 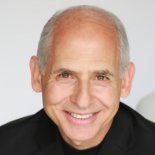 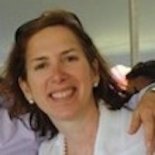 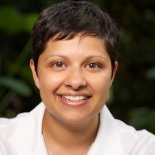 Encore Episode: Tools for Non-Violent & Compassionate Communication in the Workplace