Zika Virus & Travel: Are You Protected?

The news is filled right now with reports of Zika, the virus carried and transmitted by bites from two main species of mosquitoes.

Zika virus was first discovered in monkeys in Uganda in 1947. Zika outbreaks did not occur outside of Africa until 2007, when it spread to South Pacific and later to South and Central Americas. The latest locally acquired cases are reported in Miami, Florida (around 15 diagnosed at the time of this writing, starting in June 2016).

The mosquitoes capable of carrying Zika have even made it as far North as Chicago.

One thing about Zika is that 80 percent of people who have it don’t even have symptoms. It is, for most people, a silent disease. Although the CDC is conducting testing to achieve more diagnoses, they are only testing people who show symptoms of fever, rash, joint pain and/or red eyes; these are generally on the mild side and last less than a week.

However, more deleterious complications can arise from the virus, including paralysis associated with Guillain-Barré Syndrome and, in pregnant women, birth defects in their newborns, including (but rarely) microcephaly.

Zika starts with mosquito bites and can also spread through “intimate contact” (sexual intercourse). It can be transmitted congenitally from infected mother to newborn during delivery, or transmitted between people via bodily serum (blood, semen) even if an infected person shows no signs of disease.

Some travelers to areas with Zika show no symptoms but are infected and thus can become a source.

There is no known cure or specific treatment beyond symptomatic relief, and at this point, there is no prophylactic vaccine nor the benefit of herd immunity against it within the population. The questions that arise, especially around travel to affected areas, are how do you know you are carrying Zika and how do you protect you and your family against it?

Prevention is the Best Medicine

The CDC has issued travel advisories for people visiting the Miami area and certain foreign destinations, and offers preventive measures to take during and after travel.


The CDC also advised several precautionary steps to prevent mosquito bites in general and in affected areas in particular, including children and pregnant women or those who think they might be pregnant.

Preventive measures include:
If you must travel for study, work, or charitable missions, take precautions and be aware of how Zika can spread from person to person.

If the planned travel is non-essential, I advise pregnant patients not to go to those areas.

For updates on Zika around the world, check the CDC’s website at http://www.cdc.gov/
Tagged under

Dr. Iveta Dubravec is the lead physician for Spectrum Health’s Travel Medicine Services which includes pre-travel medical evaluations, immunizations and education for business, missionary, and leisure travelers of all ages. She received her MD from the Charles University 3rd Faculty of Medicine, Prague, Czech Republic. In 1999, she earned her MBA, with emphasis in Health Services Management from Webster University, St. Louis, MO followed by her MPH from the University of Utah in 2001. Dr. Dubravec works in Grand Rapids, MI, and is board certified in Occupational Medicine. She is affiliated with Butterworth Hospital and Spectrum Health Blodgett Campus and is an Associate Clinical Professor, Michigan State University School of Human Medicine, training medical residents and students.

MORE IN THIS CATEGORY...
Contact Lens Care 101: DON’T Do These 5 Things6 Home Remedies for Weight Loss 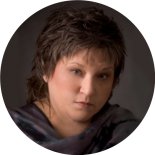