Chronic Pain is Not a Character Flaw

An opioid epidemic sweeps the nation affecting tens of thousands of young males, those with their whole lives ahead of them. Policy makers feel impelled to do something, anything to curb the tide, and so they act.

The year was 1914. The primary policy was the Harrison Act. As a result of this act, physicians who prescribed more opioid than what was deemed reasonable faced loss of license and criminal prosecution.

The patient in pain became someone to be feared and avoided at all costs. Out of a sense of self-preservation, physicians chose to view chronic pain as merely a character flaw, something not worthy of attention.

But, there was more…

Because of this act and subsequent interpretations by the Supreme Court, those addicted to opioids and other drugs became criminals.

Millions of people have been harmed by this act, unnecessarily, and are still being harmed.

For the most part, the character flaw view of chronic pain pervades medicine and addiction is still viewed as a crime. The mid-1980s saw the start of a softening of this attitude. Due to the courageous work of a few individuals, we began to look at addicts and pain patients more compassionately. We realized that opioids were one of the few elixirs which could minimize their suffering, if done in a controlled manner.

The Pain Care Policy Act was proposed and eventually passed as part of the Affordable Care Act. The result was the National Pain Strategy passed by HHS in 2016. This document as well the Federation of State Medical Boards’ guidelines on opioid prescribing and the CDC’s guidelines on opioid prescribing all included language that acknowledged we, as a nation, face parallel health care crises of poorly managed chronic pain and addiction, that the patients affected are worthy of our respect and compassion, and that the solutions for each often conflict and we need to find a balance in public policy.

We now face a new opioid crisis. Street opioid prices are plummeting. Why? The answer is critical. In the world of the addict, the laws of supply and demand rule supreme. When the price drops and availability increases, the demand goes up. Opioids are lethal and people are dying.

Addiction is not new, and drugs have always killed. What is different now is who is dying.

When bad things happen, blame is inevitable. Policy makers and the public alike are blaming doctors and pain patients. It is again a character flaw to be in pain and are those affected are being harmed by the wave of poorly thought out “feel good” public polices which are sweeping the nation. Acute pain, chronic pain, end of life pain; all are adversely affected.

100 million Americans are affected by chronic pain, 35-40 million by what is referred to as high impact chronic pain. The suicide rate in this population is three times higher than the general population. It strikes me odd that we are not so driven to action by this public health problem. Fewer than two million individuals are affected by prescription drug abuse.

All lives are important, and that must be recognized when creating public policy. The problem of chronic pain affects all in our society, and all of us our involved in aiding those who suffer; it is not just a health care thing. Our inability to work together to affect a solution has harmed millions unnecessarily.

While opioids dominate the discussion, they are actually just a small part of the problem and its management. In writing Needless Suffering, I sought to change the narrative by looking at chronic pain from a broad sociological perspective.

I examined sixteen different social entities which affect the lives of those who suffer. By holding each to the moral credo which they profess, to treat others with the respect they deserve, I examined what each says they will do, what they actually do, and the gap in between.

More importantly, I propose common sense public policies to help bridge this gap. My goal is merely to de-stigmatize the stigmatized.

Myra Christopher of the Pain Action Alliance to Implement a National Strategy referred to Needless Suffering as a “self-help book for society.”

We need to think before we act. Chronic pain is not a character flaw. Let’s stop making it one.
Tagged under

David Nagel, MD, specializes in physical medicine, rehabilitation, and pain management at Concord Orthopaedics (New Hampshire). He is a member of the Pain Action Alliance to Implement a National Strategy (PAINS) and serves as New Hampshire representative to the American Academy of Pain Medicine.

Dr. Nagel is the author of the book, Needless Suffering: How Society Fails Those with Chronic Pain.

He lives in Gilmanton, New Hampshire.

MORE IN THIS CATEGORY...
Play, Autism & The PLAY ProjectAronia: The Berry You Need to Know About

The Affordable Care Act: What You Need to Know 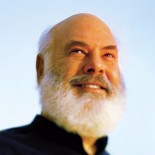