4 Stroke-Savvy Strategies to Stop the Silence

There are a lot of misconceptions when it comes to strokes, especially silent strokes.

Many people think strokes only happen to older people, that they happen in the heart, and that there is no prevention or treatment. Despite “stroke awareness” on the basic risk factors and symptoms, the reality for many Americans is that occurrences of strokes continue to climb.

According to research, approximately 12 million strokes occur every year, and 11 million of those are silent strokes. This means 11 million people are having strokes and most likely don’t even know it!

Eighty percent of strokes are actually preventable, but it’s the silent strokes we really need to be more aware of in terms of preventing damage to the brain, which can ultimately lead to debilitating diseases like dementia.

Strokes are the leading cause of disability in America and can result in depression, personality changes, poor memory, faulty judgment, concentration challenges, visual impairments and weakness. When it comes to the basics of stroke awareness, most people know the risk factors that include uncontrolled diabetes, heart disease, high blood pressure, high cholesterol and sleep apnea and symptoms such as unexplained dizziness, loss of muscle coordination, confusion and vision changes.

Researchers have found that a person who has had a stroke is twice as likely to develop dementia, because the diagnosis of stroke may include undiagnosed prior silent strokes that can affect cognitive abilities. Regretfully, most people who suffer from silent strokes report no symptoms. However, most actually do have them but they either ignore the signs or chalk them up to aging.

Although we may know the basic risk factors and warning signs for strokes, there are some life-saving ways to prevent and recover from silent strokes:

Nearly one in six adults do not know the status of their blood pressure, but knowing your number is key to prevention. It hasn’t always been easy to get your blood pressure taken without a trip to the doctor’s office, but today’s technology has changed this. You can regularly check at home by using a wireless blood pressure monitor that connects to your smartphone and syncs with health apps. This allows you to easily share your data with your doctor.

At-home monitoring of blood pressure can be more accurate too, since nervousness at a doctor’s office can make your numbers jump, giving you a misdiagnosis.

Researchers have found that the brain can be repaired and brain function can be recovered after a stroke, especially if you respond quickly. Studies show that citicoline works to protect and restore important fats, such as phosphatidylcholine within brain cell memory, which are otherwise destroyed during a stroke event. It can also decrease brain tissue damage, when the brain is injured. In the United States, citicoline can be taken as a medical food, dietary supplement under the name Cerenx.

Citicoline was originally developed in Japan for stroke and later introduced as a prescription drug in many European countries. In these countries it is now frequently prescribed for cognitive problems related to circulation issues in the brain.

A specific form of citicoline called Xerenoos (used in Cerenx.) has been studied in 100 human clinical trials to back its effectiveness in brain cell recovery. Research shows when Xerenoos is taken within four hours of a stroke, patients recover most of their brain cells.

Citicoline is made by the body naturally from choline sources including eggs, beef liver and cruciferous veggies. However, as you age the body’s ability to produce citicoline declines and therefore supplementation is recommended.

According to research, there are specific foods that should be consumed regularly if you want avoid strokes including:

In addition, eating plenty of fruits and vegetables is important and taking a lecithin supplement that is derived from egg yolks, soybeans and sunflower seeds can also provide an excellent source of choline.

We know sleep is important for health, but too much sleep (specifically more than 10 hours a day) can increase stroke risk by up to 63 percent compared to the recommended seven-hour stretch, according to scientists at Harvard.

And, snoring is really not okay. If you snore loudly, studies suggest you are twice as likely to develop metabolic syndrome, which increases your risk of stroke, heart disease and diabetes.
Tagged under

Ken Redcross, MD, is founder of Redcross Concierge, a personalized medical practice designed to enhance the patient-doctor relationship while providing convenient access to a full spectrum of healthcare services and holistic and wellness counseling.

As one of the first full-service concierge, personalized medical practices in the United States, Redcross’s patient portfolio includes C-level business executives, athletes and professionals in the entertainment industry, as well as individuals from all walks and stages of life including college students, young professionals, busy parents and retirees.

His focus on developing the patient-doctor bond is a unique characteristic of his concierge services that allows for a more strategic and customized approach to each patient’s healthcare plan.

Website: drredcross.com/
MORE IN THIS CATEGORY...
Is It Something I Ate or Lack of DAO?It’s a No-Brainer: Omega-3s Are Essential for Developing Brains

Medical News of the Week: Why Are More Young People Having Strokes?

New Tiny Implant Cardiac Monitor May Save You from a Stroke 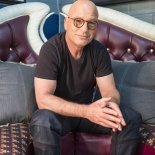 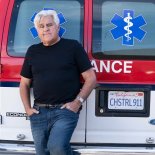 Sound the Alarm: Jay Leno Discusses "Bad" Cholesterol and Its Link to Heart Attack and Stroke