Home Tips to Keep Your Allergies at Ease

Medicine and supplements can help prevent and treat allergy symptoms, but did you know there are natural remedies found in your home and office that can help reduce your miserable allergy symptoms as well?

It's important to remember that springtime is one of the most common seasons for allergies. The weather is changing, flowers are blooming and allergens flow freely through the air.

In certain areas, you may need to turn on your AC due to the warmer weather. Sometimes, your indoor air conditioner can be worse for you than being outdoors. Think about it; you've been sealed in a confined space for more than a couple months.

Another tip? Open your windows and doors for at least 20 minutes a day. During those winter months you might have used spray air fresheners or cooked on your stove top without turning the vent on. All these toxins need a place to escape.

You should also take your shoes off at the front door. Do you know where your shoes have been?

It's not called spring cleaning to get you excited for a new season. Cleaning out your closest gets rid of dust that can trigger your allergies. Wash your pillows, pillowcases and bed sheets.

What are some other ways you can combat allergies?

Special guest, Robin Wilson, joins Dr. Mike to share ways you can relieve your allergy symptoms within your home. Wilson is an expert focused on allergy/asthma related issues in indoor quality and has served as an ambassador for the Asthma and Allergy Foundation of America since 2011.
PlayPlay PodcastdownloadDownload Podcast 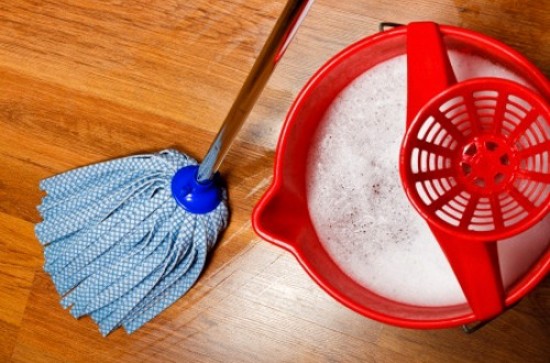 Ms. Wilson has served as an ambassador for the Asthma and Allergy Foundation of America since 2011 to increase awareness of indoor air quality issues that affect wellness in residential and commercial spaces.

Ms. Wilson personally suffers from asthma and allergies, which lends to her credibility and understanding of the issues that individuals/families face on a daily basis.

She has been regularly asked to speak and appear in the media, providing commentary in print and on television.

In Fall 2011, Ms. Wilson appeared on #1 rated HGTV's Selling New York and she appeared in the Wall Street Journal in a whimsical feature about her lifestyle. In 2012, she began filming Home with Robin, a TV web series produced by Nest Productions, which premiered in Spring 2013.

She is the first woman to license her brand to a line of eco-friendly kitchen cabinetry, sold at over 500 independent Holiday Kitchens dealers nationwide. Retailers, such as Bed Bath & Beyond, carry the Robin Wilson Home product line of licensed bedding & bath products and hypoallergenic pillows in 2012. Her furniture line, Nest Home by Robin Wilson, premiered in May 2013 at the International Contemporary Furniture Fair (ICFF) in New York City.

Robin Wilson Home has worked as a design advocate for clean construction methods with clients including the Harlem office of President Clinton, the White House Fellows office, private homes, developers and consultation with a leading international hotel. The firm was founded in 2000 (rebranded to the eponymous name in 2006) and works on projects nationally.

Ms. Wilson's passion for environmental awareness began in Austin, Texas at the Lower Colorado River Authority. She authored Kennedy Green House (Greenleaf, 2010) which has a foreword written by environmentalist, Robert F. Kennedy Jr. The book was the Bronze Award recipient in the Home & Garden category from the Independent Publisher (IPPY) Book Awards. Wilson is a blogger on the Huffington Post where she writes about eco-healthy issues.
Tagged under
More in this show: « Healing Arthritis with Natural Foods Do You Have a Food Sensitivity & Not Know It? »