Can Hypnosis Help You Sleep Better?

When you hear the word hypnosis, you might think of a mystical man waving his pocket watch back and forth, saying something like, "You're getting very sleepy..."

Or, perhaps you've been to a show where people on stage are hypnotized and directed to act like farm animals. It can be quite hilarious.

However, did you know hypnosis could be used to relieve certain health issues?

Hypnosis is a psychological state where you have heightened concentration and focus on a specific subject. During hypnosis, you are accompanied by a therapist who uses repetitive words to help enhance mental pictures in order to ease you into a calm state of mind.

A recent study released in the Sleep Journal, shows promising evidence of hypnosis being a successful, non-pharmaceutical treatment for common sleep disturbances like insomnia, bed wetting, night terrors, and the loss of deep sleep.

In the study, 70 women were divided into two groups: women who researchers thought to be suggestible (someone who could be hypnotized) or not. The groups listened to a 13-minute audiotape that used metaphors for deep sleep.

Researchers found that the suggestible women who listened to the audio tape with metaphors such as "sleep deeper" increased their deep sleep by 80 percent. In this group, time spent awake was reduced by 67 percent.

Deep sleep is crucial for your health; however not a lot of people experience it unless a sleeping aid is used. Deep sleep is the least arousable state of sleep when your brain waves move at their slowest.

Deep sleep is also the most restorative stage of sleep, as it suppresses cortisol levels (the main stress hormone) and restores memories and declarative facts.

Can hypnosis become the recommended treatment if you are unable to fall asleep and stay asleep?

Dr. Robert Rosenberg joins Dr. Mike to share the recent study on hypnosis and how it can be used as a drug-free treatment if you are someone who suffers from sleep disturbances.
PlayPlay PodcastdownloadDownload Podcast 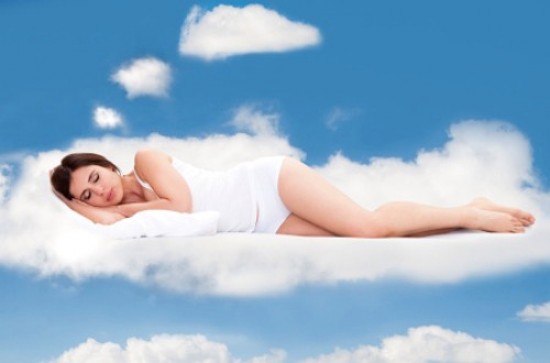 Robert S. Rosenberg, DO, FCCP, is the medical director of the Sleep Disorders Center of Prescott Valley, Arizona and sleep medicine consultant for Mountain Heart Health Services in Flagstaff, Arizona.

Dr. Rosenberg is board certified in sleep medicine, pulmonary medicine, and internal medicine. He is a contributing sleep expert blogger at EverydayHealth.com and his advice has appeared in Women's Health, Prevention, Ladies' Home Journal, Parenting, and O Magazine, among others.

Dr. Rosenberg appears on TV and radio and lectures throughout the country on Sleep Medicine.
Transcription: