Medical cannabis has been used for years as an effective alternative to prescription pain medications. Now, new research and case studies have revealed medical cannabis can help with epilepsy treatment.

Epilepsy is a debilitating and sometimes fatal brain disorder that causes repetitive seizures. In some severe cases, you may experience several hundred seizures in a single day. Current treatments are only moderately effective and come with many harsh side effects, such as nausea, dizziness, weight loss, decreased appetite, inability to sleep, and, very rarely, liver failure.

AltMed's co-founder, Mike, has a daughter who suffered from epilepsy. One day, she was having a horrible seizure and needed to be rushed to a hospital with the presumption that she wasn't going to make it. She did manage to pull through and was heavily medicated on numerous pharmaceuticals but was put in a special school and told she wasn't going to live a normal life.

Mike got fed up with how the pharmaceuticals were making his daughter feel and sought a different type of treatment. Now that his daughter is healthy and happy, Mike sought out to start a company and produce a safe and effective treatment for others who are suffering from epilepsy.

Medical cannabis offers new hope for people suffering from epilepsy as a safe and effective alternative. In fact, a survey that appeared in the New England Journal of Medicine concluded 76 percent of doctors are in favor of using and recommending medical cannabis to their patients.

What are some ways patients are able to ingest medical cannabis?

What else do you need to know about medical cannabis? 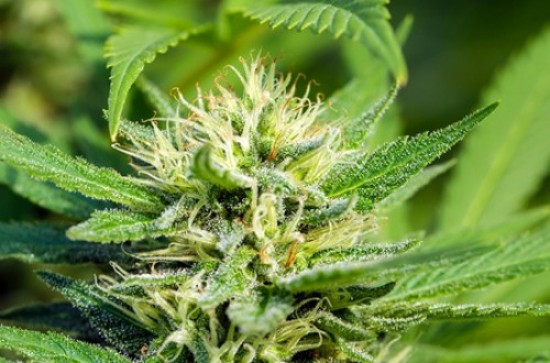 Additionally, David has held various Marketing and Sales positions at pharmaceutical companies including Smith Kline and French, G.D. Searle, and Glaxo. David has also served on the Board of Directors for Achillion Pharmaceuticals.
Tagged under
More in this show: « 6 Hidden Health Benefits of Melatonin Ask Dr. Mike: What Are the 17 Risk Factors of Heart Disease? »