Fat or Cholesterol: Which is Worse for Your Heart Health?

For decades, fat has been targeted as the number one health enemy, the reason behind your weight gain, and the top risk factor for a potential heart attack.

However, after all these years heart disease remains the number one killer between both men and women. Not to mention that obesity, diabetes, and other serious health issues are skyrocketing.

Did doctors have it all wrong?

Much of the research behind the low-fat diet craze of the 80s and 90s has been largely discredited, and experts now believe it's actually NOT the main reason behind heart health problems.

Is there a direct link between cholesterol, fat, and your heart health? 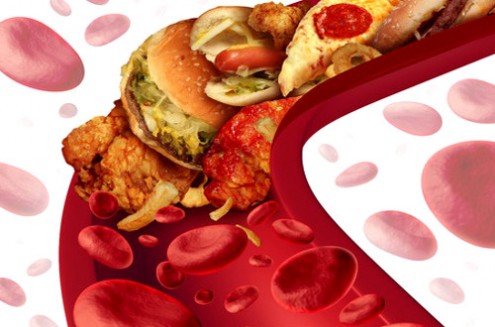 He has appeared on the Dr. Oz Show, Fox News, CNN, MSNBC, ABC, NBC, and CBS as an expert on nutrition has contributed to articles in he New York Times, Forbes, Daily Beast, Huffington Post, Vanity Fair Online, Men's Heath, Prevention, and dozens of other print and online publications.

A popular and dynamic speaker, Dr. Jonny is the author of 14 books including, The 150 Healthiest Foods on Earth, Living Low Carb (now in its fourth edition), and is the co-author, with cardiologist Stephen Sinatra, of the controversial best-seller, The Great Cholesterol Myth: Why Lowering Your Cholesterol Won't Prevent Heart Disease and the Statin-Free Plan that Will. His latest book, written with PBS star Steven Masley, MD, will be published by Harper Collins in the spring of 2016.
Tagged under
More in this show: « Controlling Body Temperature: New Hope After an Alzheimer's Study What Happens When Your Doctor Can't Diagnose You? »