How to Use NSAIDs Safely

Non-steroidal anti-inflammatory drugs (NSAIDs) are the most common pain relief medications used around the world. They help ease inflammation, fever, and pain. Some of the most common NSAIDs include Advil, Aleve, and Motrin, and taking several of these each day (almost like candy) is far from unheard of. However, the side effects that come from frequent use of NSAIDs have led to an increase in hospital visits and even deaths. What can you do to take NSAIDs safely and prevent damage to your body?

Side Effects of Too Much NSAIDs

Dr. Byron Cryer, MD, graduated from Harvard College and has a primary interest in general gastroenterology. More specifically, he specializes in acid-peptic diseases of the upper gastrointestinal tract. Dr. Cryer is also a member of the Alliance for Rational Use of NSAIDs, a coalition of interested parties who educate people about the safe and appropriate use of anti-inflammatory drugs. The group has been around for five years now, and is comprised of doctors who specialize in pain, primary care physicians, nurses, nurse’s assistants, and researchers who all work together to get the message out.

The Alliance was formed out of need; more than 100,000 Americans are hospitalized each year from gastrointestinal bleeding or liver damage caused by misusing pain medicine, and around 17,000 end up dying. The overuse of NSAIDs is usually unintentional, and can be caused simply from misunderstanding the ingredients and limits of over-the-counter medication.

Based on his research, Dr. Cryer has several helpful tips you can utilize to use NSAIDs as they were intended.

While overdosing happens every day, it tends to increase with certain times of the year such as winter or allergy season. It’s crucial to pay extra attention to how much medicine you are taking during these times. If you are experiencing pain, it can be easy to take more than one type of NSAID.

Too often one goes to the drug store immediately for pain medicine once they start to feel the onset of illness and experience the first symptoms. According to Dr. Cryer, more than 500 over-the-counter medicines exist that contain NSAIDs. They can be found in cold, pain, flu, and even sleep products. If you already take an NSAID for a headache or chronic pain, and take cold or flu medicine, you may be unintentionally overdosing on NSAIDs.

Patients who are advised to take aspirin for the prevention of heart and vascular problems should continue to do so. So-called baby aspirin (81mg) or even the larger 325mg dose can help treat risk of heart attack and stroke.

Complications from NSAIDs can present in many forms, but the most common symptoms include bleeding in the stomach or intestinal tract, passing blood in stool, stomach pain, and vomiting blood. Symptoms such as these should be treated seriously, and you should contact your physician as soon as possible. By following Dr. Cryer’s advice and being aware of what NSAIDs you may be taken, you can stay well below the maximum recommended dosage and reduce the risk of adverse side effects.
PlayPlay PodcastdownloadDownload Podcast 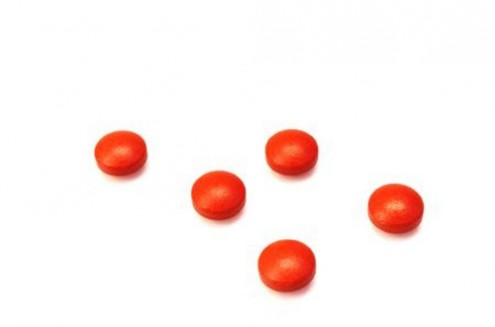 More in this show: « Treating Your Cold: 3 Reasons Why Your Zinc Lozenges Fail Acetaminophen & NSAIDs: What's the Difference? »