What Are the Signs of Cognitive Loss?

You might have been told that losing your memory is part of the aging process and that you might not feel as sharp as you once were.

However, you may be wondering if that's actually true and if you should be worried about the amount of "brain fog" you experience within a day.

Could it be Alzheimer's or dementia?

Alzheimer's disease is a progressive brain disorder that damages, and eventually destroys, brain cells. This leads to memory loss and changes in brain function and thinking. Dementia is an overall term used to describe a decline in your brain health. This can include the loss of your mental ability to think, remember and/or learn.

Alzheimer's is the most common form of dementia and accounts for 60-80 percent of all cases.

What are some signs of cognitive loss?

Memory loss, inability to focus, or having problems putting thoughts into words could all be signs of cognitive decline.

Clinical social worker, Stephanie Erickson, joins Dr. Mike to discuss the warning signs of cognitive decline and what you can do to help.
PlayPlay PodcastdownloadDownload Podcast 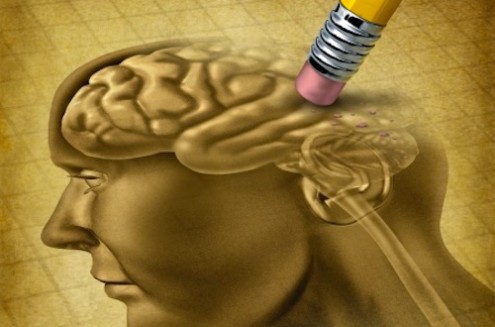 Stephanie Erickson is a clinical social worker with over 20 years of experience as a geriatric social worker.

Her primary area of practice focuses on dementia and decision-making capacity. She works with seniors living autonomously, in care facilities, in acute care at the hospital, and who are living with family.

Stephanie also provides training and consultation to families, the Alzheimer's Society, community groups, financial and legal institutions and at professional conferences. She hosts her own weekly podcast called Caregivers' Circle on WebTalkRadio.net.
Transcription:

DR MIKE: So, what are the signs of cognitive loss? Of course, I think this is an incredibly important topic. You know, at Life Extension a couple years ago we started doing some research using Embrel, which is an anti-inflammatory, and we were using it in Alzheimer's patients and we were getting some pretty awesome results. You know, dementia, cognitive loss, Alzheimer's, all of this is important to us as a health foundation because, you know, the incidence and prevalence of these disorders continue to rise. And it's really in industrialized nations that we're seeing these types of dementia and cognitive dysfunction. So, toxins maybe? We don't really know but there's something going on in industrialized nations, so I wanted to talk.

I have a guest here that is going to help us to really first look at what are some of the signs in somebody where we should be a little bit worried. And then, we will move in and talk a little bit more about seniors who are at risk. Her name is Stephanie Erickson. She's a clinical social worker with over 20 years of experience as a geriatric social worker. Her primary area of practice focuses on dementia and decision making capacity. Stephanie provides training and consultation of families, the Alzheimer's Society, community groups, financial and legal institutions and at professional conferences. She hosts her own weekly podcast called Caregivers Circle on WebTalkRadio.net.

STEPHANIE: Thank you so much for having me.

DR MIKE: I appreciate you coming on. So, let's just get right into this. Let's first talk about, and again my audience is a lay audience, men and women 50 years "oldish", and so, I think we should start off with some straightforward questions. What is the difference between Alzheimer's disease and dementia?

STEPHANIE: Dementia is a noble term that describes neurodegenerative losses. Dementia--so you can kind of think of it as, if I say I have back problems, that's the global term. If I say it's disc five, that's being more specific. So, Alzheimer's is a type of dementia. There are several types of dementia. Alzheimer's is just the most common form.

DR MIKE: Right. It is the most common form in the United States and, as I mentioned at the introduction, in developed countries, right?

STEPHANIE: Yes. Yes. Exactly. The prevalence and, as you said also in the introduction, it's increasing over time. People are living longer, so people are more likely to have cognitive losses when they're living into their 90's.

DR MIKE: How do you know if...but just because I can't remember where I leave my keys sometimes does that mean I should be worried? When do you know that memory loss is maybe just kind of normal versus a problem?

STEPHANIE: Yeah, I hope it's not where you leave your keys because I do that all the time. (laughing) No, I'm really glad you brought it up because when I talk about this, people start to panic because some of the examples I give are very relatable to their own lives. What I think is important to remember is, if losses are interfering and disrupting your daily life. So, if you set your keys down and you can't find them and then you can a few minutes later, it's not disrupting your life but things that disrupt your life for example you're driving and you have no idea where you are and you know that you're in your own neighborhood but you can't get back home, that's disrupting your life. That's significantly different than just kind of setting your keys down.

DR MIKE: Yes and the other thing to remember, too, with those kind of memory losses if you forget where your keys are, you get a little nervous about it that anxiety actually makes it harder to recall where you put your keys too so that's something to remember. So, when you talk about not knowing where you're at while you're driving, is this something that consistently happens as well and that's something we should be aware of?

STEPHANIE: Yes. I mean I think that's another point is you want to look at the frequency. So, if in one moment you have a lapse of memory or you're not oriented to where you are or you forget somebody's name, then it's just a one time thing, I wouldn't worry about it but if you see a repeated pattern over time, yes, it could be an indication that you're having cognitive losses. And I think you would agree that some of these symptoms that I'm discussing have nothing to do with Alzheimer's or dementia. They might be related to other health problems or perhaps medication side effects and such. So again, it's important not to panic but just sort of take note of the time of day and what it is that's happening--the symptom--and then make sure you share it with your physician.

DR MIKE: Yes. So, okay you mentioned one example--driving around. You know, you're in your neighborhood but you don't know where you're at, that might be something to go talk to your doctor about. What are some of the other kind of common signs and symptoms of dementia in general?

STEPHANIE: Well, I think when somebody starts having difficulty understand financial documents. So someone who normally can look at their phone bill and figure out what the price is..

STEPHANIE: Yes, exactly. But again, it's out of normal. So, what I see sometimes in couples is, let's say in the older generation the husband is managing finances, he becomes ill. Now the wife is managing. Maybe she never learned those things so that would be normal for her to maybe not understand in the beginning. But if it's someone who, let's say, was an accountant and managed the bills for the family and now they're having trouble understanding investments, just writing a check, that's different from normal. So again, that would be a sign that something is wrong. And I also think that judgments...So, some of the things that families report to me is their parents had a new roof put on but they just had the roof done five years prior. So again, poor judgment and being influences by someone else to make a decision that's not in someone's best interest that could be a warning sign as well.

DR MIKE: Isn't it true, though, that if somebody is having some of these issues these memory lapses that really are causing some problems in their daily lives and they're consistent. They're happening. There's a pattern. Isn't it often, though, a relative that notices it first? And if that's the case, what's your advice to someone to address that with that person?

STEPHANIE: Yes. I mean 99% of the time, I get a call and it's a relative. It's a family member. Often we don't want to admit that we're having those problems and most of the seniors--I'm saying seniors because it's mostly seniors that have dementia. They're afraid and they're not identifying that it's happening. When a family member notices it, I think it's important to address it to your loved one right away and say to them, "I'm noticing that over the last several weeks you're having a hard time understanding the phone bill. Do you see that too?" Most of the time the client or the person experiencing the symptoms will become defensive. I think that we should just take our time as family members reintroducing the topic over, let's say, a several month period. If there's not high risk and then, maybe, include our adult children in those discussions having the adult children talk to the parent and then, eventually, involving a physician hopefully with the agreement of the person that is having the symptoms.

DR MIKE: Well, no. That's a good point, right? I mean, I think in many cases probably the person doesn't want to hear about it. "I'm fine. You don't know what you're talking about." I mean, what if a loved one is refusing to listen to what people are saying or refusing to go get help. What do you do then?

STEPHANIE: Yes. Well, that's probably going to happen with me because I'm pretty stubborn. So, I imagine if my kids told me something was wrong I would tell them to leave me alone.

DR MIKE: You're going to fight it all the way aren't you? (laughing)

STEPHANIE: Absolutely. That's what I tell my kids now but just keep pushing, I tell them. What I think I would do is encourage families to, as I said earlier, document the symptoms that they're saying. It's really important. Time of day is important, what the symptom is and the circumstances around that particular symptom that they observed. Document over several months and then communicate that to the physician. Now the physician, as you know, has confidentiality. They can not reveal any of their evaluation but they can certainly receive information so write it all down, send it in a fax and email. Bring it to the physician's office and ask the physician to follow up.

DR MIKE: Good points. And I would assume, and to me, it makes sense that the more friends and family members involved in this process, maybe the person who's having these issues might listen a little bit more. So, you know, getting the kids involved, siblings involved, I think you would agree that that's probably important as well. If you've been married 40 years and you try to tell your spouse that they're not remembering things right, that might just start a fight. So, maybe getting some more people involved.

My guest is Stephanie Erickson. She is the host of a weekly podcast called Caregivers Circle on WebTalkRadio.net and her website is EricksonResource.com.