If you've been trying to lose weight, you may notice a little fluctuation that occurs along the way.

And, if you've gained a little weight, it can cause you to feel discouraged and even fall off track.

Many people are unaware of the processed ingredients in foods that can be contributing to this problem. I

f you're really trying to lose weight and create healthy habits, you may want to consider tracking your food. For example, without tracking calories (or at least paying close attention to the label), you may not realize that juice has the same amount of sugars as a can of soda.

How else can tracking your weight loss efforts be beneficial? 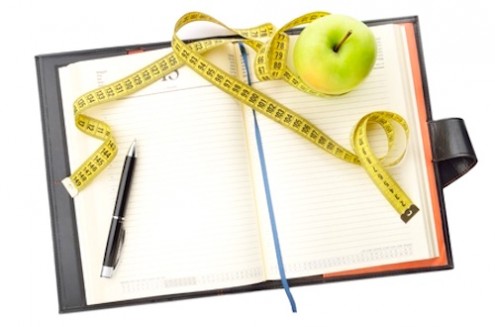 Prior to starting Kurbo, Joanna was the coauthor of a best-selling book, Getting to 50/50, which is about balancing motherhood and career. This led to many speaking engagements and media appearances to talk about changing roles and strategies for balancing family and career. Earlier in her career, Joanna served as a managing director at an investment management firm where she ran a private equity fund. She also served as a partner at Bessemer Venture Partners, where she made consumer internet investments and acted as a strategic advisor to such successful companies as BabyCenter, Blue Nile, eToys and Gloss.com, among others.
Transcription:

DR MIKE: Is there a benefit tracking our weight loss effort? I'm pretty sure, my guest Joanna Strober, the CEO and co-founder of Kurbo Health and the creator of the Kurbo app would say definitely so. I think she's even had some success with it in own personal life and I'm sure based on some feedback she's getting with this app. You can check out and learn more about at Kurbo.com

JOANNA: Thank you. It's nice to be here.

DR MIKE: Before we get into some of the benefits and some of the success that you've had with this app, I have a couple of questions. The first one , I want to back up for sec. You mentioned the traffic light diet. Was that what it was?

DR MIKE: You've said it was developed in 1970's. Because this is what the app is based on, right? So, can you explain that maybe in just a little more detail? What that really is?

JOANNA: Yes. So, the idea is to look at food and divide it into categories. And we have fruits and vegetables which are green; we have meat and cheese and whole wheat bread which are yellow, and then you have the reds. And the reds are, essentially, foods with added sugar, white bread and carbs and deep fried foods such as french fries. And our goal, and the goal of the traffic light diet, is to get people to pay more attention to what's in their food, which category their food falls into and to get them to reduce their red light foods and then increase their green light foods. And if you do that, you become healthier and you end up losing weight.

DR MIKE: Right. I think it's an important point to make again, Joanna, that your focus isn't on counting calories with teenagers, because we know there can be some issues. Instead, it's really about eating healthy which by, doing this, hopefully, it will take, you know, this habits, right? That they've learned...

JOANNA: That's right. It's all about forming new habits. But part of it is education. The reality is that people don't know how much sugar there is in, for example, juice. Right? So, they're teaching them that juice is a red. And the juice has a same number of calories as Coke. Once they understand that, then they can figure out "Oh, that's easy one for me to eliminate."

DR MIKE: Right. Let me ask you this. Let's talk about...Okay. So, when it comes to tracking this kind of information, technology is awesome, right? It's allowing you, for the first time ever, we're really able to look at our lifestyle and what's going on. Do you think, even just for adults, do you think that thinks like Go Fit and the Kurbo app, do you really believe that this is gonna bring us to a new era of health, by using these types of apps and technologies?

JOANNA: So, it just a tool. I'm not gonna... The app on its own is a tool, right? But, you can do a lot, not just with the tracking part, but with the reminders and the suggestions. Once you see that what it is that you're doing it's much easier to make changes. And so, once you know what you're eating and you know how often you're exercising, you can look at that and go "Okay, well, what changes can I make?" and if you don't track it, it's hard to change it. And so, that's why the tracking can be so powerful and, historically, people have tracked on a piece of paper which is just difficult to do and it is just far easier to track using your cell phone.

DR MIKE: What about doctors? At the first segment, we talked about your experience with the pediatrician and "your kid is fine". You felt your kid was over-weight. I mean, do you find doctors open to this type of app? Are they buying into it? Are they suggesting it to other patients?

JOANNA: You know, we actually have pediatricians all over the country who are recommending it to the kids who come meet with them. The pediatricians love having a solution, right? Now your child goes in and the child has a high BMI, the pediatrician doesn't have to tell you to go home and try to figure it out. They can say "Oh, wow, why don't you try Kurbo? It might be a program that could work for you?" So, we're getting great feedback from pediatricians.

JOANNA: So, we at home didn't have Coke and we didn't go to McDonald's, so I thought that we are pretty healthy. What we saw when you start tracking, was that he was doing a lot of smoothies which are, you know... When you break down the fiber and you drink a lot of fruit, it becomes a lot of juice which is a lot of sugar. We found that we he came home after school, because you see, on the app what time you come home and what time you're eating, so we could see that after school he was having a lot of carbs; he was having snacks that were full of carbs, which were also something that was causing problems. And when you see, what we were able to see was what he was eating, we were able to make deals on what changes we could make and I could see, simply what I needed to change.

JOANNA: And we have a lot kids on our program who are doing that. Over 85% of the kids they're losing weight and it's a healthy weight loss and it's not a crash diet. Right? They lose between a half of pound and a pound a week and the great thing is that we've doing this for just a about a year and we're seeing that they're maintain that weight loss.

DR MIKE: So, Joanna, as a physician, here's kind my take on all this. I fall into that category where, of course, I tell patients and customers I work with at Life Extension that eat less, exercise. I mean, that's still good information .

DR MIKE: Watch the sugar, all that kind of stuff. All of that is good. The education is good, but what this app is really doing and this seems to be the ultimate benefit with this kind of tracking information, it reinforces all of that.

DR MIKE: But it brings it into reality. It's not some surreal thing. You actually start to see, right? All the sugar you're eating in all this different products.

DR MIKE: Do you see...Which is probably very important for a teenager, right?

DR MIKE: Do you see this having application outside of just weight? What about diabetes, for instance?

JOANNA: Yes, we're absolutely working with a number of pre-diabetic kids. And, we work with a number of kids who have ADHD, who need some help learning better habits as well. It really is a behavior modification program that can help for a lot of different things, we're just starting with weight.

DR MIKE: Now, if my listeners go at Kurbo.com, right?

JOANNA: They can go to Kurbo.com, that's correct, or they can also go to the app store and just download the app directly and test it before they decide whether they want to try coaching and it goes on the Android and iPhone.

DR MIKE: And at the website Kurbo.com, is there more information about it; some of the success stories? Can they read about some of the real experiences that people had?

JOANNA: Yes, we have some amazing kids who are on that site. The kids love sending in their before and after pictures and showing us how proud they are on themselves. It's adorable, they really feel good about themselves after it's worked and they like showing it off.

DR MIKE: That's great. How much does it cost, the app?

JOANNA: The app is free and then the coaching is $180 for 3 months.

DR MIKE: Not so bad. So the app is free, coaching... But you don't have to... I mean, that coaching part is optional, but you obviously feel like the coach, maybe the kid is more prone to follow the coach than the parent. Right?

JOANNA: That's exactly. For a child who just wants to learn to eat healthier, the app works free. If you really want loss weight and you have a weight problem...

This is Healthy talk on Radio MD. I'm Dr. Mike.