For a long time, fibromyalgia wasn’t even considered a real disease. It can still be tough to fully grasp today.

The best way to explain the condition is through an analogy made by the American College of Rheumatology: “For a person with fibromyalgia, it’s as though the volume control is turned up too high in the brain’s pain processing areas.”

What Are the Symptoms?

Fibromyalgia is a chronic syndrome with no known specified cause. According to the American College of Rheumatology, approximately one in 50 Americans (between 3 and 6 million people) are estimated to have fibromyalgia. Some of the most common symptoms include sensitivity to odors, noise, and bright lights, jaw or facial tenderness, migraines, and depression.

Fibromyalgia May Be Caused by Receptor Malfunction

A number of medical scientists and rheumatologists have been looking at the fibromyalgia problem for many years now. What they’ve found is that the pain may not be easily understood. If you touch someone, hug them, or if they fall, they may feel as though they are in serious or severe pain. Often, these people are getting the same stimulus as someone else, but perceiving a very intense pain as if there is a sort of “ultra-sensitization.”

Identifying the underlying cause of fibromyalgia has proven to be a frustrating hunt so far. Researchers are having great trouble finding the biological marker that indicates if fibromyalgia is active, as well as determining how sensitive each case is and if a treatment is truly successful.

However, it’s generally believed that either a receptor malfunction or a type of receptor insensitivity may be to blame. Patients with fibromyalgia often have elevated endorphins, so the cause may also be related to endorphin resistance.

According to Dr. Parris, “we believe that patients with fibromyalgia have some kind of alternation in their receptor molecule structures. Whether it’s the endorphin receptors, sodium receptors, or in the spinal cord or brain, maybe some kind of modification, be it genetic or environmental, is having them function differently.”

If it were a receptor malfunction, though, wouldn’t it happen earlier in life? Fibromyalgia tends to not be symptomatic until adulthood. It’s rare to see it in children, and early onset usually means teens or young adults in their second or third decade of life.

Exercise can be a good starting point for relief. It releases cortisol and dopamine to reduce pain, and results in lower lactic acid… all creating a multi-pronged approach to easing discomfort.

For many, “exercise” means lifting weights, running on the track, hitting the treadmill, or playing sports. Fortunately, you do not need intense, high-impact exercise to experience benefits.

As Dr. Parris explains, lower impact exercise such as a “nice, slow, half-hour walk at a slow pace” may be sufficient. Additionally, you can gently float or paddle in a pool or ride a stationary bike. 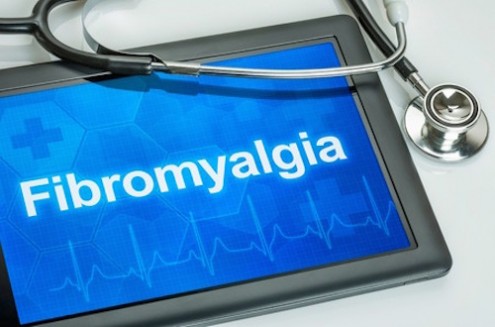 As a board certified rheumatologist, Glenn Parris has practiced medicine in the northeast Atlanta suburbs for over 20 years. He has been writing for nearly as long. Originally from New York City, Parris migrated south to escape the cold and snow, but fell in love with the southern charms of Georgia and Carla, his wife of nearly 23 years. He now writes cross-genre in medical mystery, science fiction, fantasy, and historical fiction.
Tagged under