The Science Behind Autism

According to Autism Speaks, autism affects over three million individuals in the U.S.

Symptoms usually begin before your child is three years old. These symptoms can include your child not responding to his or her name, lack of smiling or social responsiveness, loss of language or social skills, and obsessively lining up toys or objects.

Unfortunately, there is no known cure for autism, but there are approaches like diet modifications, therapy, and educational and non-medical interventions.

What's the science behind autism? 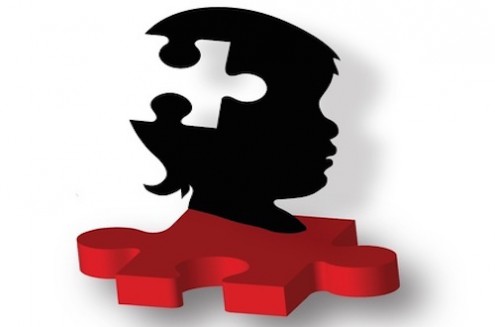 Dr. Shauna Young, PhD, and Certified Traditional Naturopath, is the owner and Medical Director of the Assertive Wellness Research Center of Durango, CO, which first opened its doors in 2001.

To date, her center has had seen thousands of clients from every U.S. State and several foreign countries. In 2005, after four years of clinical observations and experience, Shauna began specific research regarding her theorized negative effects of excess and stored manganese on the human neurological and sensory input systems and its possible symptomatic connections to autism and other neurological, learning and behavioral disorders in both children and adults.

Her first book, If Naturopaths are Quacks, Then I Guess I'm a Duck, has garnished primarily 5-star reviews, and her new book, Erasing Autism: The Spectrum Balance® Protocol that specifically highlights and chronicles her research and uniquely successful work with Autism Spectrum Disorders, was released in March of 2015.
Transcription:

DR MIKE: Let's talk about the science behind autism. My guest is Dr. Shauna Young. She has a PhD and she's a certified, traditional naturopath, is the owner and medical director of the Assertive Wellness Research Center. It's out there in Colorado.

To date, her center has seen thousands of clients from every U.S. state and several foreign countries. She serves as the chief medical advisor for the No Harm Foundation, which is a non-profit form but the primary goal for releasing this vastly important information with the intent of ushering in a new paradigm in research and providing real help for countless suffering children and adults. She's written a couple of books. I think a couple books. One was called, If Naturopaths are Quacks, Then I Guess I'm a Duck and Erasing Autism: The Spectrum Balance Protocol.

DR. YOUNG: You know, what's so funny is people calling you something for a length of time, it's like, I may as well own this. You know?

DR. MIKE: Right? I love it, good for you. Just roll with it right? Yes, that's great. Listen, I'm going to start off... I do this, I don't know, Dr. Young, every maybe twenty shows or so. I do have some autism expert come on. I've had medical doctors on, I've had psychiatrists, psychologists, naturopaths.

I mean, I've had research scientists and I usually like to ask them one thing. I kind of put you on the spot, but don't freak out. I just like to see what the experts' opinions are. We've seen obviously a substantial increase in the diagnosis of autism, autism spectrum disorders. Listen, let's both agree right now: it's multifactorial, but if there was one thing out there, one thing that you think is the main culprit behind all this, what, in your opinion, is it?

DR. YOUNG: Diet. Our diet has so vastly changed over time. You know, it used to be that people...It's funny because you hear people talk about eating health food or eating organic food or eating those kinds of foods and, you know, our parents just called it food because everything was organic. My mom and I were actually just discussing that because...

DR. MIKE: They didn't have those categories, right?

DR. YOUNG: Right. Exactly. We were talking about that and when you look at the meteoric rise of autism--and not only of autism, but all kind of neurological issues-- what's considered to be kind of psychological issues, you know, like schizophrenia and bi-polar and things like that. These are all categorically meteoric rises. When you really look at it, the only thing that we all have in common is that we eat. You know, because some people, you know, that live up on top of a mountain or I've had tons of people come up to me that were eating all organics food, you know, all unprocessed food and all of that, but their kid still had autism.

DR. MIKE: Dr. Young, I'll tell you. I mean, I really don't know how many autistic experts I've had on the show. You're probably maybe the sixth or seventh one and they all either say toxins or diet, right? When you look at underdeveloped countries or developing countries that don't quite have the industry that we do, they actually have cleaner food in some cases, maybe not as much, but cleaner food. You don't see the brain disorders, the mood disorders, the autistic disorders like you do in the west.

DR. YOUNG: Yes, that's very true. Very true. And then when you look at areas that are extremely developed then you get the autism rise. Diet, I think, is amazing. I think environmental toxicity has something to do with it as well. Like you said, it's never one thing. It's always the perfect storm but I do feel that that is the main one.

DR. MIKE: So, and you talk a lot about...maybe I should rephrase that...You've written about iron and manganese, right? So, tell us about that connection there.

So, most of the stuff that people would eat for breakfast like, you know, toast or waffles or pancakes or something like that, those are going to be loaded with phytates. What the phytate does, is it chelates out the iron that you're eating for the day. So, it basically erases any of the iron that you're taking in. So, those iron receptor sites, that are supposed to be balanced with the manganese, are now open because you're not absorbing any iron. The manganese gets into those open receptor sites and causes extreme sensory overload. So, this is where the symptoms come from.

DR. YOUNG: Interesting. Let me ask you this. Let me back up for a second, though, doctor because...So you were talking about...so, there's stuff in grains called phytates. Correct?

DR. MIKE: And these compounds, in a sense, chelate out the iron. So, is this why, sometimes...and more and more, I should say, even as a medical doctor, when I look at basic bloodwork of adults, for instance, because they are eating more grains and stuff, I'm starting to see more and more...Literally, over the past five years, let's say, more and more slight iron deficiency anemias. Is there a connection there? Because that's been written up in some journals before. It's interesting.

DR. YOUNG: Well, I hear it all the time with the kids, they say "Oh, my kid is so anemic. He's so low in iron. We give him tons of iron supplements, but he never seems to get his iron levels up" because the phytates will chelate not only iron that's in food, but iron that's in a vitamin. So, it's almost impossible when you're eating grains to get your iron up.

DR. MIKE: You gave a name to this. There's a certain syndrome, correct? In your book? What's the name of that?

DR. YOUNG: We call it the Menefe syndrome, Mn for manganese and Fe for iron, indicating that balance, but it's a new name, but it's not science. You know, I have found research going back to, gosh, the 1960s--a lot of research--but this goes all the way back. High manganese, or manganism, was actually diagnosed right around 1900s as being a problem.

An English physician found that local manganese miners had a lot of issues that, you know, ataxia, bad memory, nightmares. You know, all these sort of symptoms that they were having and attached it to the high manganese but at the end of all of these research...If you look at the No Harm Foundation website, we've got science, all kinds of cases, but at the end of all of these it says, "Well, these need more research," but nobody actually ever did it. So, when I started looking at high manganese, there's plenty of science to look at.

DR. MIKE: So, in your treatment experience, if we correct that imbalance...Id we, you know, going back to your analogy of the musical chairs, right? If we get five irons and five manganese, what's the result? What's the outcome that we see in kids with autism?

DR. YOUNG: It erases the symptoms. That's why the book is called, Erasing Autism. I know I use metaphors a lot, but it helps when you're working with this as many people as I do. If you break your arm, you put a cast on your arm and then the arm heals inside of the cast and then you take the cast off and the arm is healed. That's what we're doing with this diet.

The kids are--well, and adults too--are dealing with these symptoms, so we give them this diet which gets the manganese out of the chairs and gets iron into the one that it's supposed to and it erases the problem.

So, if you look in the book, there's 26 cases on it and I tried very hard to make it go across the entire autism spectrum so that people would understand that we're not just talking about autism here, we're also talking about ADD, OCD, you know, all of those kinds of things. When you take away what is causing these high sensory overloads and causing the symptoms, then it very often takes away all of the symptoms.

DR MIKE: So the book is Erasing Autism: The Spectrum Balance Protocol and we're going to talk more specifics about that protocol coming up. The website is noharmfoundation.org. Her name is Dr. Shauna Young. Stick around.

This is Healthy Talk on Radio M.D.