Clostridium Difficile (C. diff) is a well-known hospital infection and one of the most urgent antibiotic-resistant threats in U.S. hospitals.

C. diff commonly affects older patients in the hospitals or those placed in long-term care facilities like a nursing home.

What are the symptoms of C.diff?

C. diff has a variety of symptoms, including diarrhea, abdominal cramping and pain, blood in your stool, weight loss, nausea, dehydration, and kidney failure.

Recently there was a CDC study published in NEJM regarding the rising burden of C. diff in our country.

C. diff bacteria causes a potentially life-threatening intestinal disease that accounts for more than 15,000 deaths each year. Older adults and people who have had antibiotic treatment or spent time in hospitals or nursing homes are at the highest risk.

The goal of a vaccine is to prevent at-risk individuals from becoming infected with C. diff, as the the strains have become more frequent, more challenging and more severe to treat in recent years.

Stephen J. Schrantz, Jr., MD, MA, joins Dr. Mike to discuss C. diff and if you could be at risk of developing this infection.
PlayPlay PodcastdownloadDownload Podcast 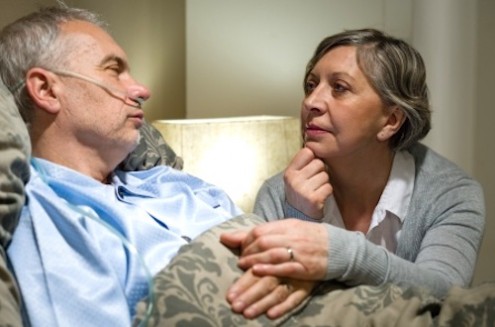 Dr. Stephen J. Schrantz is a board-certified infectious disease physician at NorthShore University HealthSystem. He is also a Clinical Assistant Professor at the University of Chicago Pritzker School of Medicine. Dr. Schrantz received his medical degree from The Chicago Medical School. After completing his residency training in internal medicine and pediatrics at the University of Chicago, he went on to complete a fellowship in infectious disease at the same institution.

He has co-authored many articles pertaining to infectious disease and has been featured on the Chicago news stations, WGN-9, ABC-7, and CBS-2, for his medical expertise.
Transcription:

DR MIKE: So, why am I talking about something called C. diff and why am I worried that you might be at risk for it and why did I bring on a guest who is an expert on C. diff? His name is Dr. Steven J. Schrantz. He's a board certified infectious disease physician at North Shore University Health System. He is also a clinical assistant professor at the University of Chicago. He's co-authored many articles pertaining to infectious disease and has been featured on the Chicago news stations--all the big ones like WGN9, ABC7 for his medical expertise.

DR SCHRANTZ: Thanks for having me.

DR MIKE: Why don't we just start out with what is C. diff and why am I having you come on talking about this?
DR SCHRANTZ: C. diff is one of those infections probably many of your listeners have not heard of. C. diff is short for clostridium difficile which is a bacteria that can create a horrible diarrhea and I know nobody likes to talk about diarrhea, but we all know it can be absolutely horrible and this is the worst of them. It's generally acquired in the hospital, so most of the patients that we have that are infected acquired it in addition to some other problem that brought them into the hospital in the first place. Unfortunately, this can make patients extremely ill.

Only about one-third of them are actually acquired out in the communities, so this is mostly a hospital problem. With that being said, they're some of the sickest patients in the hospital already and then this, unfortunately, can be a complication that can lead to death. It's a serious bacteria that secretes a toxin and it's the toxin actually that generates the inflammation in the colon that leads to the diarrhea and that's become a big problem. The current numbers on that, there was just a New England Journal article that was published in April that suggested 453,000 cases in 2011 and that lead to about 29,000 deaths.

DR MIKE: Is that a significant increase from past years?

DR MIKE: So, describe for me, Dr. Schrantz the type of patients in the hospital that's more at risk for this. Is this somebody's that's going through certain procedures or is just any hospitalized person is at risk? Who's really at risk here?

DR SCHRANTZ: We've identified multiple risk factors for patients that may get C. diff infection. The number one would be being exposed to some antibiotics. What happens is, we give antibiotics for all sorts of infections and, unfortunately, some things that are not infections. It's this overuse of antibiotics that has led to this. What happens is, the intestines kind of clean out all the good bacteria inadvertently by treating the bad bacteria that you're fighting with the infection and that kind of sets up a space for this new infection, this clostridium difficile to take root.

Then, once that's there, it secretes the toxin, as I mentioned, and that leads to the diarrhea. So, antibiotic use is number one. The second thing that leads to risk in the hospital is being exposed to the bacteria and that's what we're trying really hard to contain in the hospitals. We'll isolate patients and we'll make people wear gowns to go in the room to try to prevent it from spreading around the hospital. However, as you can imagine, these are bacteria and it's kind of hard to take every last one of them out.

Then, the third thing would be general kind of patient conditions--things that most of our patients don't have any control over and those are the elderly, the ones that have already had some inflammatory bowel disease, the ones that are immunocompromised due to their chemotherapy or treatment for some other autoimmune condition, organ transplant.

So, any time your immune system's down, you're going to be at more risk. The other thing would be if you have chronic kidney disease. These are things we know suppress the immune system and can lead to, vulnerability to another infection like C. diff. The third one would be something that's very common and that would be the use of acid suppressing medication. So, a lot of people are on medication to suppress the acid in their stomach and some studies have shown that can actually lead to this as well.

DR MIKE: So, are hospitals experimenting in researching the use of, say, probiotics for hospitalized patients, vitamin D, kind of some of the classic immune support nutrients? Anything going on there?

DR SCHRANTZ: Yes. So, probiotics have been looked at fairly extensively and, unfortunately, it's kind of been a mixed bag. Some studies have shown that probiotics can help prevent the infection more in the outpatient setting. Some of the studies that were done in the inpatient settings show not such a great result, but part of that is that, as you know, probiotics are kind of a new area. We're still trying to figure out which are the good bacteria, which ones do we really need and those have been challenges for the study to know whether or not probiotics works. So, I would say at this point, it's a mixed bag. I usually tell my patients, try some probiotics. It's certainly not going to hurt you and they could help.

DR MIKE: Right, right. Yes. Yes and there's also some--and I don't have the research at the top of my head, Dr. Schrantz-- but there were a couple of studies looking at healthy yeast species, not the classic healthy bacteria as a probiotic but certain yeast, certain saccharomyces yeast species, for instance, and I wonder if there's been any...Do you know if there's been any good results there?

DR SCHRANTZ: I don't know anything more about new yeast studies. Certainly, saccharomyces is the one that we see most commonly used in probiotic products so that's been the one that's been most looked at. But again, I tell patients, your colon has over 5,000 different species of bacteria and yeast and when we take a probiotic, we're really just replacing one or two of them, so I think there's a long stretch for us to go in this but I have a lot of hope for the future in that field.

DR MIKE: We do want to see more research in probiotics. What about something as simple as vitamin D and its ability to boost the immune system? Anything, any research there that may help some people?

DR SCHRANTZ: Certainly, vitamin D is something that's been linked to immune health. With that being said, there isn't anything robustly studied and it's certainly not in the setting of C. diff. We know that many of our patients living in these cold winters up here in Chicago are going to be vitamin D deficient, but it's true link to see C. diff as poorly understood.

DR MIKE: Well, I want to in the next ten minute segment, I want to talk more about preventing C. diff. Obviously, it's always easier not to get something. That's the easiest thing to do. But, in the meantime, what do we do for treatment? Are we starting to see C. diff resistance to antibiotics? How do we treat C. diff?

DR SCHRANTZ: Thankfully, we're not seeing a lot of resistance to antibiotics. We have a few antibiotics that work quite well at eradicating C. diff. When patients are initially infected, they will take a new antibiotic and the problem is about twenty percent of patients are going to have a recurrence, so we'll take care of it for a little bit and then it's going to come back and we think that's mostly due to a weakened immune system and some of the things we're doing now, and actually we're doing at our institution is, I don't know if your listeners have heard of this, but we're doing what's called fecal material transplantation now. That's where you actually take stool from a donor individual and transplant it into the colon of an affected individual with the hope of reestablishing that normal bacteria in their colon. That's kind of the new thing.

DR MIKE: You're seeing some good results with this initially?

DR SCHRANTZ:Yes. We've seen some excellent results with this. Now, that being said, we're using it just for the returns and the worst of the worst kind of case, but we are starting to experiment and think about how can we move this further into the chain because we have seen such good success with it.

DR MIKE: Dr. Schrantz, real quickly, is there a number you can give my listeners if they're interesting in looking at this study?

DR SCHRANTZ: That's one study. The other study for prevention that we're looking at is the study I'm helping them with the most which is a new vaccine product to prevent C. diff and this new vaccine-

DR MIKE: I'll tell you what, hold on to that, when we come back, let's get into that new vaccine and the importance of prevention and we can give out that number.