The Science Behind Holiday Weight Gain

Just when you've worked so hard for your summer body, the holidays appear. The temptation of food is almost insurmountable and the likelihood of gaining weight is high.

Holiday weight gain occurs from Thanksgiving through New Year's. The average amount of weight gained is one pound, which actually doesn't sound so bad.

However, most people typically don't lose this one pound once they've gained it. The average weight gain per year is two pounds, which breaks down to approximately 20 pounds in a decade.

What actually drives quick weight gain during the holidays, and how can you lose the excess weight?

Dr. Sandeep Grewal joins Dr. Mike to discuss the science behind holiday weight gain, as well as how you can shed it and keep these pounds off.
PlayPlay PodcastdownloadDownload Podcast 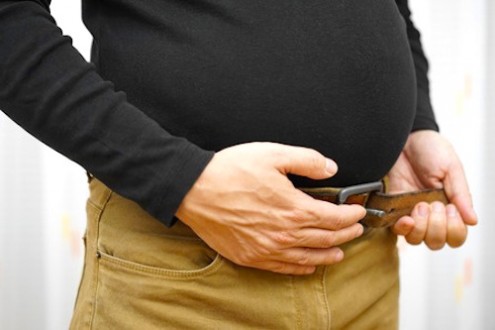 Dr. Sandeep Grewal is board certified by American Board of Internal Medicine. He was awarded "Innovation in Healthcare" award by Charlotte Business Journal in 2012 and also named "40 under 40" in 2013. He has appeared in several television and radio shows and has authored his third book, Fat-Me-Not: Weight Loss Diet of The Future. Dr. Grewal is the co-inventor of revolutionary step portion control weight loss method, the SlimPlate System.