Download
Guest Info & Links: Veer Gidwaney & Amitabh Chandra
From the Show: Staying Well
Summary: Are you confused by health care reform? Get a break down on the basic information to help you understand the new laws.
Duration: 10
Host: Melanie Cole, MS

Veer Gidwaney is Chief Executive Officer and Co-Founder at Maxwell Health. Named one of Maclean's Magazine 'Top 25 Under 30,' Veer is a proven entrepreneur and innovator whose energy and intelligence have long been devoted to solving the problems of our time. Veer co-founded and served as CEO of DailyFeats, the popular mobile app that motivates and rewards members to improve their health and well-being.

Prior to co-founding DailyFeats, Veer was Director and Co-Founder of Humanity Calls, a fundraising tournament website designed to bring together non-profits, companies and individuals focused on addressing global causes. In 2010, Humanity Calls, in partnership with eBay, ran a successful tournament for the environment that resulted in donations to dozens of top non-profits.

Amitabh Chandra is an economist, a Professor of Public Policy and Director of Health Policy Research at the Harvard Kennedy School of Government, where he also Director of PhD Admissions and Area Chair for Social and Urban Policy. He is a member of the Congressional Budget Office's (CBO) Panel of Health Advisors, and is a Research Associate at the IZA Institute in Bonn, Germany and at the National Bureau of Economic Research (NBER). His research focuses on productivity and cost-growth in healthcare, medical malpractice, and racial disparities in healthcare. His research has been supported by the National Institute of Aging, the National Institute of Child Health and Development, the Robert Wood Johnson Foundation, and has been published in the American Economic Review, the Journal of Political Economy, the New England Journal of Medicine, the Journal of the American Medical Association, and Health Affairs. He is an editor of the Review of Economics and Statistics, a former editor of the Journal of Human Resources, and serves on the editorial boards of Economics Letters and the American Economic Journal.

Chandra has testified to the United States Senate and the United States Commission on Civil Rights. His research has been featured in the New York Times, the Washington Post, CNN, Newsweek, and on National Public Radio. He has been a consultant to the RAND Corporation, Microsoft Research, the Institute of Medicine and the Blue Cross Blue Shield Foundation of Massachusetts. In 2011 he served as Massachusetts' Special Commissioner on Provider Price Reform.

Professor Chandra is an elected member of the Institute of Medicine, the first-prize recipient of the Upjohn Institute's Dissertation Award, the Kenneth Arrow Award for best paper in health economics, and the Eugene Garfield Award for the impact of medical research. In 2012, he was awarded American Society of Health Economists (ASHE) medal. The ASHE Medal is awarded biennially to the economist age 40 or under who has made the most significant contributions to the field of health economics. 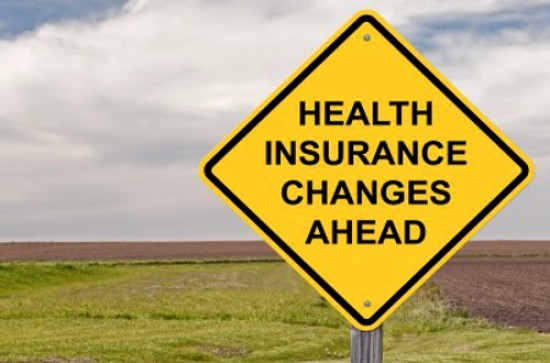 The Affordable Care Act was enacted on March 23, 2010 and it still seems like the public is largely in the dark about what's ahead.

Are you confused by health care reform and what the new coverage means to you and your family?

Veer Gidwaney, CEO & co-founder of Maxwell Health, & Amitabh Chandra, Professor of Public Policy at Harvard John F. Kennedy School of Government, provide a break down of basic information to help you understand your rights, & what to expect in the upcoming months.
Tagged under
More from this show . . .
Prev
Next
Treating a Sinus InfectionTired of Smoking? Hypnosis Can Help You Quit