No Age Limit on Morning-After Pill

Download
Guest Info & Links: Sara Gottfried, OB/GYN, MD
From the Show: Staying Well
Summary: Since the pill is not 100% effective and does carry some risks, what are the guidelines, side effects and exceptions for emergency contraceptives?
Duration: 10
Host: Melanie Cole, MS

Dr. Sara Gottfried, MD, is a Harvard-trained integrative physician who helps women feel at home in their bodies again, regardless of age. She is the creator of "Mission Ignition: Sex Drive," a wildly popular online course for women to re-ignite their sex drive using her 3-Step Gottfried Protocol for natural hormone balancing–utilizing nutraceuticals, botanicals, and when needed, bioidentical hormones, along with little-known esoteric practices.

After graduating from the physician-scientist training program at Harvard Medical School and MIT, Dr. Sara completed her residency at the University of California at San Francisco, where she still serves on the faculty. She is board-certified in Obstetrics and Gynecology, a teacher of the adjunct faculty at Touro University College of Osteopathic Medicine, and a mentor to medical students in her integrative medicine practice, The Gottfried Center for Organic Gynecology in Berkeley, California. She teaches natural hormone balancing to both women and other clinicians, and is a popular guest on TV, radio and at health, medical and yoga conferences.

Dr. Sara is the author of the forthcoming book, The Hormone Cure (Simon & Schuster, 2013). She has been featured in Yoga Journal, Glamour, Diablo and Natural Health magazines. She is also the medical expert featured in the award-winning film on women and yoga, YogaWoman. Dr. Sara is quick to add, "My method is not one-size-fits-all. My mission is to help women feel sexy, vital and balanced from their cells to their soul." 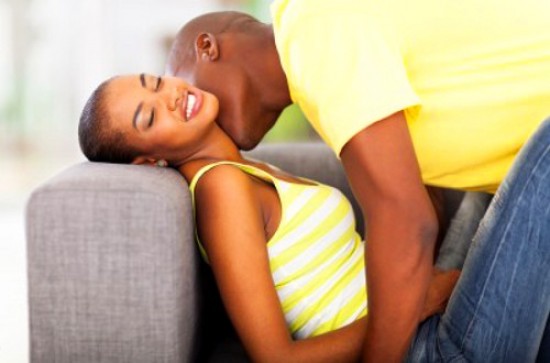 The emergency contraceptive, Plan B One-Step, also known as "the morning-after pill," was approved by the FDA on July 13, 2009.

In April 2013, a federal judge ordered the FDA to allow emergency contraception to be sold over-the-counter, lifting all age limitations.

There are nearly two dozen brands of emergency contraception in the United States today. The FDA-approved generic alternative to Plan B One-Step is Next Choice One Dose. So does Next Choice have different purchasing requirements than Plan B?

The morning-after pill only requires you to swallow one pill, which you should take as soon as possible.

Even though the drug's slogan is, "the morning-after" pill, that doesn't mean you should wait until the next morning to take it. The manufacturer suggests taking the pill within 72 hours of contraceptive failure or unprotected sex.

Although, the sooner you take it, the more effective.

It is important to note that the pill is not 100% effective and does carry some risks.

Not only that, but emergency contraceptives should not encourage irresponsible sexual behavior.

Is this putting young women who need guidance in danger?

Harvard-trained special guest, Dr. Sara Gottfried, OB/GYN, MD, explains the guidelines, side effects, exceptions and cost for emergency contraceptives.
Tagged under
More from this show . . .
Prev
Next
Is Diet Soda Rotting Your Teeth?5 Items You Need to Work Out from Home