Keri Gans is a Registered Dietitian, Spokesperson and Media Personality with a private practice in New York City. She is the author of The Small Change Diet (Gallery, March 2011), a Past-Spokesperson for the Academy of Nutrition and Dietetics and a Past-President of The New York State Dietetic Association. Keri holds a Master's Degree in Clinical Nutrition from New York University and Bachelor's Degree in Business Administration from Ohio University.

Keri spends the majority of her time conducting individual nutrition counseling, public speaking, writing and consulting. She is the official Weight-Loss Coach weekly blogger for Shape.com and also blogs bi-monthly for U.S. News' Eat + Run. She is frequently quoted as the nutrition expert in local and national publications, such as Glamour, Fitness, Shape, Self, Women's Health, and Health. Keri has made several television appearances including, EXTRA, The Dr. Oz Show, ABC News, WPIX11 Morning Show, Primetime, and Good Morning America and is regularly on radio shows such as Sirius/XM Satellite Radio's Dr. Radio and Martha Stewart Living.

For five years, Keri was the host of a weekly nutrition/lifestyle show called Diet Diva on Manhattan Public Access TV. She is also the proud winner of the New York State Dietetic Association's 2010 Media Excellence Award and 2006 Emerging Dietetic Leader Award. Keri lives with her husband Bart and four-legged son, Henry, in NYC and East Hampton and is an avid yoga practitioner. 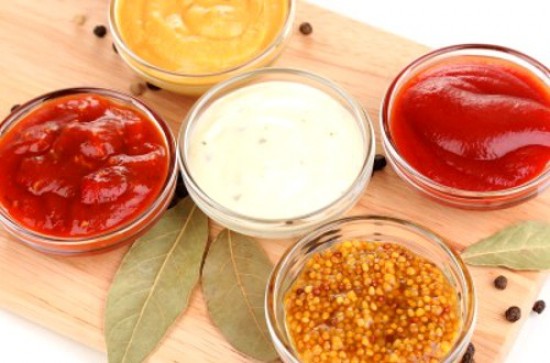 Most people love condiments! They are designed to be tasty and can dress up any bland food.

But, if you are trying to maintain a healthy lifestyle and diet, condiments can be dangerously counter-productive. With hidden fat, sugar and calories, they can turn out to be your worst enemy.

There are some condiments you need to use sparingly; others you should try to avoid at all cost (i.e. mayo).

Thankfully, it's not all bad news and you don't need to avoid the extra squeeze of tastiness all together. There are condiments that have health benefits and which you should load up on.

Registered Dietitian Keri Gans, MS, RD, helps you start making healthier condiment choices without ruining your diet.
Tagged under
More from this show . . .
Prev
Next
Learn to Cook Without the WasteIs Being a Working Mom Really Worth It?